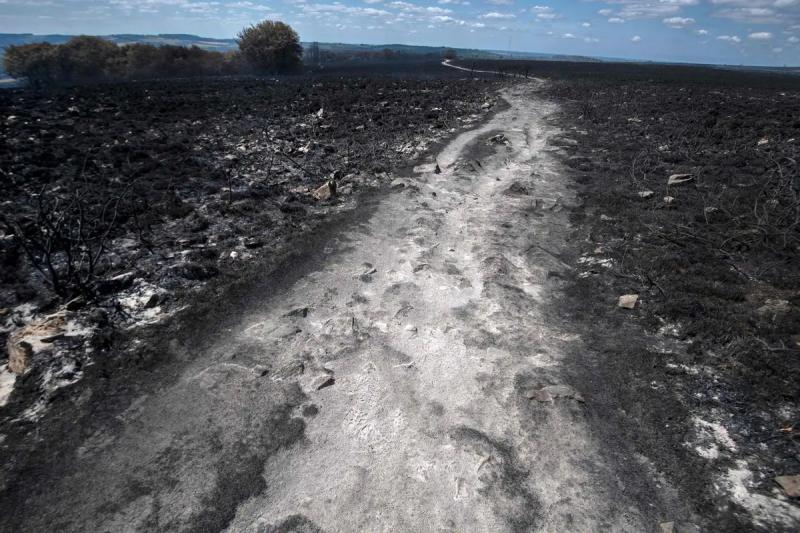 The forest fires that ravage the natural site of the Monts d'Arrée, in Brittany, in western France, generally spared from summer fires, have destroyed 2060 hectares since the start of the summer, authorities announced on Monday.

In the department of Finistère, most of the fires “are fixed” after having destroyed 290 hectares since Saturday, the prefecture said in the evening, by communicated, except for a site near Brasparts where 160 firefighters were still on site.

In the neighboring department of Morbihan, “many fire starts or resumptions of fires appeared in the department in the communes of Locoal -Mendon, Marzan and Surzur”, with about sixty hectares affected, indicated the prefecture.

This weekend, the fire which affected the coastal town of Erdeven, near the peninsula island of Quiberon, destroyed 44 hectares.

Still in the west, a fire was underway in Maine-et-Loire: some 180 firefighters s and air reinforcements were mobilized and 170 hectares of forest have already burned.

Shells dating from the First World War were buried in the area and some of them may have exploded. But, according to the firefighters, the area being “perfectly controlled and known to the authorities”, these shells and these explosions do not represent any danger.

Scientists have established that the multiplication of extreme meteorological phenomena (heat waves, droughts , fires, etc.) is a direct consequence of global warming, with greenhouse gas emissions increasing in intensity, duration and frequency.