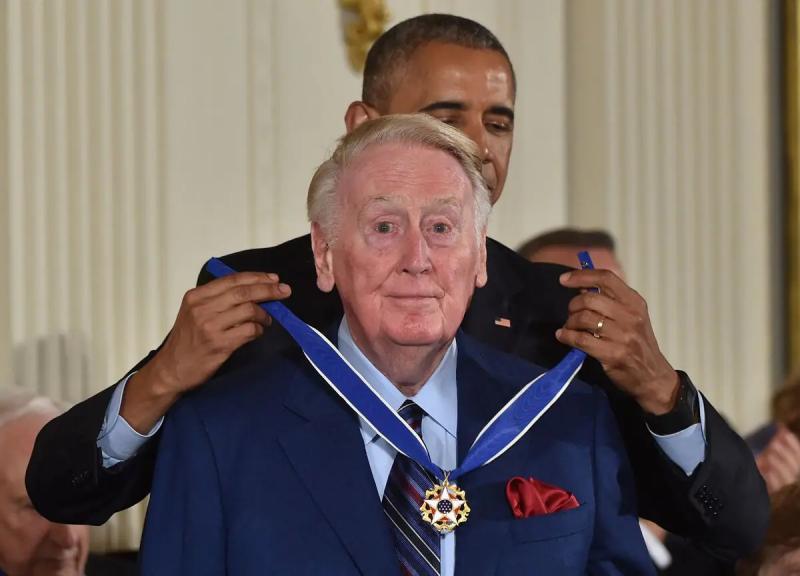 The Dodgers confirmed the sad news on Twitter. He was 94 years old.

Elected to the Baseball Hall of Fame in 1982, Scully was assigned to describe games for the Dodgers in 1950, while the team was still playing in Brooklyn.< /p>

“We have lost an icon,” the Dodgers president added. Stan Kasten, in the same press release. Vin Scully was one of the best voices in all of professional sports. He was a giant, not just as a commentator, but as a humanist.

“He loved people. He loved life. He loved baseball and the Dodgers. And he loved his family. His voice will remain etched in our memory forever.”