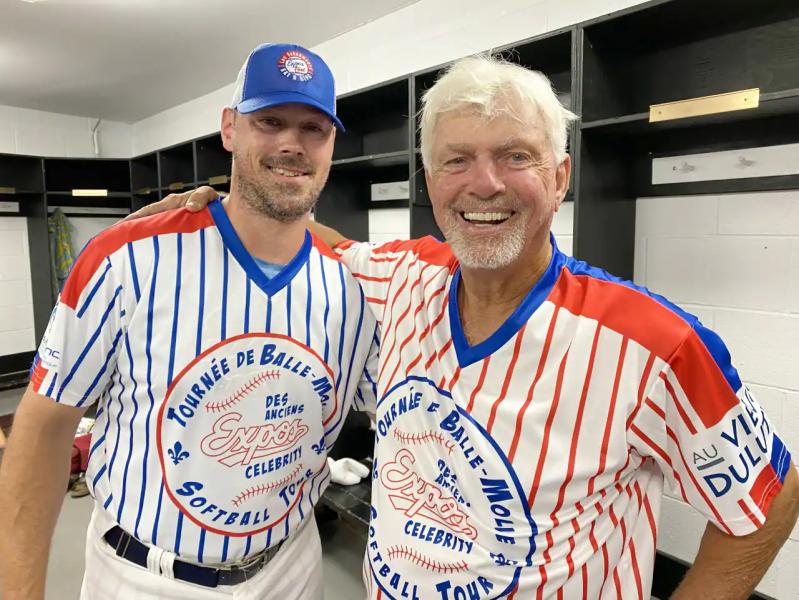 Montreal rapper and Expos enthusiast Annakin Slayd, who holds his son, Jackie, in his arms, as well as the designated receiver, Benoit Rioux, of the QMI Agency are part of the alumni training Expos.

Vance Law, who spent three years as second baseman with the Expos, is joined by the only pitcher in Expos history to win 20 in a season, Ross Grimsley.

L he excellent second baseman Jose Vidro, a three-time All-Star pick, was happy to introduce his wife, Annette. Next year they will celebrate their 30th wedding anniversary.

Vance Law, whose father, Vern Law, had pitched 18 innings in a game as a starter with the Pirates, is in the presence of Claude Raymond, the first Quebecers to have participated in an all-star game.

Two left-handed gunners who pitched in major league baseball, the Quebecer, Éric Cyr and the one and only Bill Lee.

The tour began yesterday in Sherbrooke and continues tonight in Granby. The team will stop in Quebec tomorrow where it will play just before the Capitals game. The tour ends Sunday at Stade Denis Boucher in Lachine. In this photo, Perry Giannias with Marc Griffin.

Before leaving the Sheraton Laval, François Larrivee, Tony Sagris and Jocelyn Des Cormiers made sure that all the equipment was on board the bus .