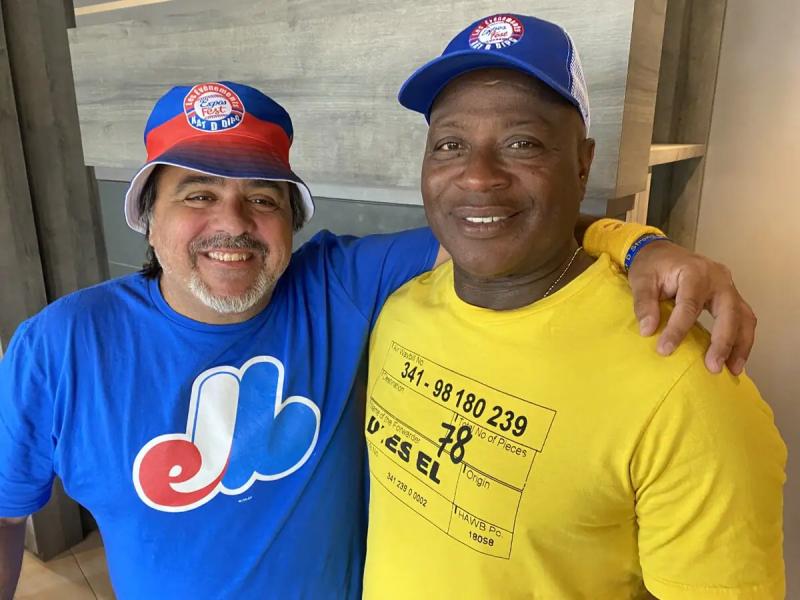 After visiting Sherbrooke and Granby, several former Montreal Expos players will be in Quebec City on Saturday as part of a softball tour organized by Expos Fest. < /p>

Among the players who will arrive at Stade Canac, former reliever Mel Rojas came from the Dominican Republic to take part in these charity games.

“I now live in Santo Domingo,” Rojas said. I was a pitching coach for the [San Diego] Padres for a few years at their academy in the Dominican Republic in San Cristobal, but now, at 55, I'm just enjoying life. It's really a pleasure for me to be here in Quebec, where I spent some great years with the Expos.”

Rojas, who notably totaled 109 saves with the Montreal club, evolved for the Expos from 1990 to 1996 before briefly returning in 1999 when he concluded his career in major league baseball.

“I threw a line in the water and I was pleasantly surprised that Mel agreed to make the trip, confessed Perry Giannias, big boss of Expos Fest. It's really good to have him with us, he's part of Expos history. He is the nephew of manager Felipe Alou and he was also an excellent reliever for the team.”

Despite retirement, baseball continues to take Rojas on the road occasionally, his son , Mel Rojas Junior, is currently playing in Japan.

“He's an outfielder and he was even named South Korea's MVP in 2020,” Rojas proudly noted, noting his season of 47 home runs and 135 RBIs with a Suwon-based club. I went to visit it in Korea in 2019 and I plan to go see it in Japan in the next year.”

With this four-part tour concluding in Lachine on Sunday, Expos Fest events are one step closer to raising $1 million for research into a form of childhood brain cancer, diffuse intrinsic pontine glioma. (DIPG).

“It's amazing to see how much we make people happy during this tour, noted Giannias. There are all these young people, even if they have not known the players, but also the not so young who are happy to meet the former Expos and get autographs. And all that comes to serve the cause.”

In Quebec City, the representatives of the Expos, also bringing together Jose Vidro, Denis Boucher, Bill “Spaceman” Lee and Ross Grimsley, among many others, will then face a team made up of former Capitales de Québec players. Eddie Lantigua, Michel Laplante, Patrick Scalabrini and Jean-Philippe Roy will be there in particular. The softball game of the former Expos is scheduled for 4 p.m., before that of the Frontier Baseball League between the Capitals and the Aigles of Trois-Rivières. A ticket giving access to the Capitals match allows you to attend the former Expos match.