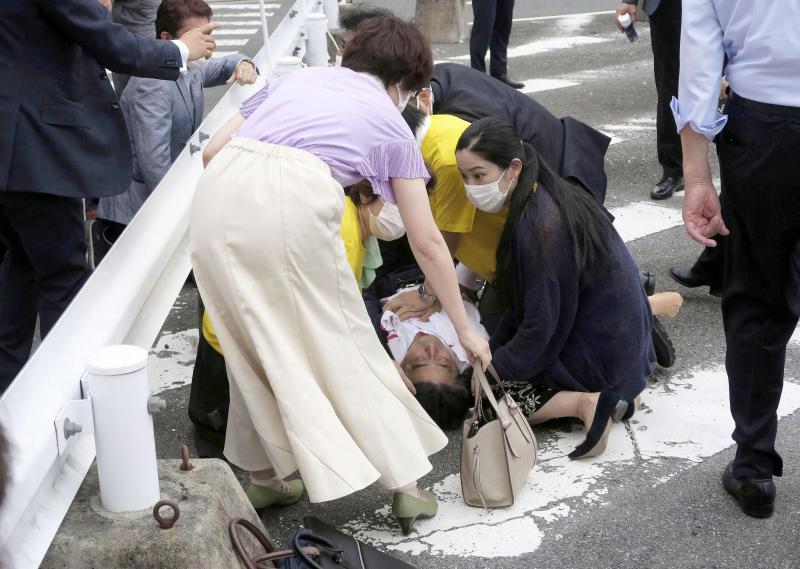 Shots were fired at former Japanese Prime Minister Shinzo Abe during a campaign rally in Nara on Friday, the Japanese government confirmed, and he showed no signs of life according to media reports premises.

“The former Prime Minister was shot at around 11:30 am in Nara. A man suspected of being the shooter has been arrested. Mr. Abe's medical condition is currently unknown,” Chief Cabinet Secretary Hirokazu Matsuno told reporters.

Citing law enforcement sources, state broadcaster NHK earlier said a man in his 40s had been arrested for attempted murder and had a gun confiscated.

The suspected suspect in the attack.

The 67-year-old former chief executive was delivering a speech at a campaign rally ahead of Sunday's senatorial elections when gunshots were heard, national broadcaster NHK and the media reported. Kyodo News Agency.

“He was giving a speech and a man came from behind,” a young woman who was present at the scene told NHK.

“The first shot sounded like a toy. He didn't fall and there was a big bang. The second shot was more visible, you could see the spark and smoke,” she added.

“After the second shot, people surrounded him and gave him a heart massage”, she testified again.

Mr Abe collapsed and was bleeding from the neck, a source from the ruling Liberal Democratic Party (PLD) told the Jiji news agency.

Contacted by AFP, neither the PLD nor the local police were able to immediately confirm this information.

NHK and Kyodo both reported that Mr. Abe was taken to hospital and appeared to be in cardio-respiratory arrest – a term used in Japan indicating no signs of life, and usually preceding an official death certificate.

Several outlets reported that he appeared to have been shot from behind, likely with a rifle.

Mr. Abe was Japan's longest-serving prime minister. He was in office in 2006 for one year, then again from 2012 until 2020, when he was forced to resign for health reasons.

US Ambassador to Japan Rahm Emanuel , deplored the attack.

“We are all sad and shocked by the shooting attack on former Prime Minister Abe Shinzo. Abe-san was an outstanding leader of Japan and a staunch ally of the United States. The government and people of the United States pray for the well-being of Abe-san, his family and the people of Japan,” Emanuel said in a statement.

Japan has one strictest gun control laws in the world, and the annual number of gun deaths in this country of 125 million people is extremely low.

Achieving a gun license is a long and complicated process, even for Japanese citizens, who must first obtain a recommendation from a shooting association and then undergo strict police checks.