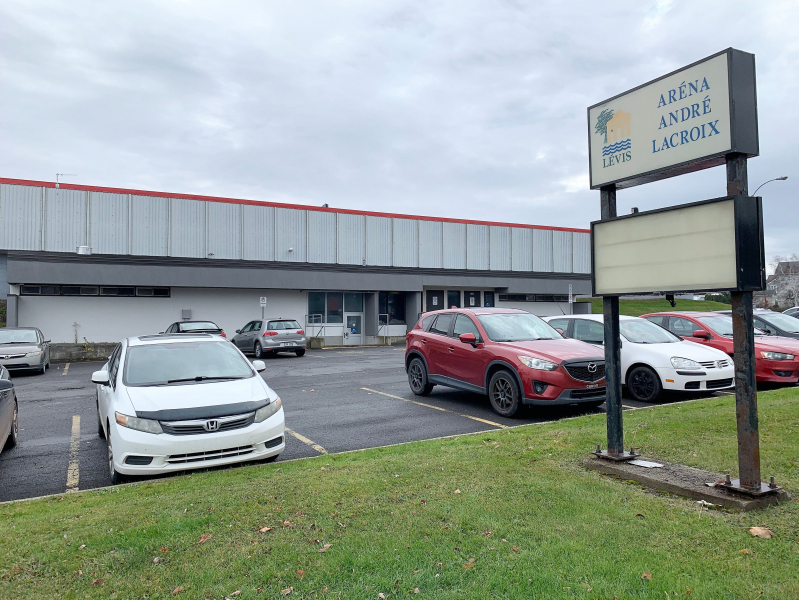 Former Lévis hockey player André Lacroix would like the arena that bears his name to look great and regrets its closure since 2020 and the renovations that are slow to materialize.

“I don't understand why it's taking so long to finish repairs to the arena.”

The Journal joined the former glory of Lauzon at his home in Cleveland, Ohio. Star of the World Hockey Association (WHA) in the 1970s, who also played in the National Hockey League (NHL), he gave his name to the Lauzon arena, built in 1969.

The Lauzon arena bears the name of Mr. Lacroix, which has already been displayed on the facade. but the wind got the better of the letters.

This one is closed for a third full season due to the dragging concrete slab replacement. Otherwise, it does not look like much. Its exterior cladding is aging, the main entrance is rather wobbly and the bleachers deserve a makeover. The plaque displaying the hockey player's name, which fell during high winds, has not even been reinstalled on the exterior facade.

“It saddens me,” says Mr. Lacroix, 77, at the end of the wire. He says he has expressed on several occasions, even to Mayor Gilles Lehouillier himself, his wish that the arena be renovated. He has also offered to loan objects related to his career for an exhibition (see other text below).

He would have hoped that the City would take advantage of the repairs to the surface of the rink to renovate the rest of the building. “Its important to me. My name is on the arena. It's my reputation that's online here.”

He remains hopeful, but he expects concrete action. “I was confident that Mayor Lehouillier would keep his promise. I'm sure he's going to hold it and it's going to happen.”

The former coach of Mr. Lacroix, who was also mayor of Lauzon and Lévis, Robert Guay, supports him in his approach. It was Mr. Guay who went out of his way to have the arena built in the late 1960s. He remembers approaching business people and raising $255,000 on a project that cost $550,000 in total.

Now 91 years old and still passionate about hockey, he regrets that this building does not receive special attention. < /p>

“I said to Gilles [Lehouillier]: it would be time to renovate it!, says Mr. Guay. It doesn't move. I expect it to change next spring. I still have my two legs, I'll go see him if necessary to push again. Because I want it to happen!”

André Lacroix fears that the prolonged closure will discourage young people from playing, because it will require longer trips.

Even if he shone in the professional ranks, he says he spent his best years of hockey in Lauzon, at the midget level. He was also happy to make an official puck drop at the Lévis arena, just a few weeks ago. “But I would have been much happier to go to the André Lacroix arena.”

A meeting had been scheduled with Gilles Lehouillier at that time, but it had to be canceled due to the recovery of the mayor, who underwent minor surgery, said Mr. Lacroix.

Le Journal wanted to know if an arena renovation project is in the pipeline and if funds have been set aside to do so. The City of Lévis did not respond to our request for information on this subject.

He has evolved with several WHA and NHL teams, including the San Diego Mariners. We see his player card here.

Unknown in his own region, André Lacroix would like to publicize his exploits to show young people that anything is possible with effort.

The former center player admits it himself: the people who frequented the arena that bears his name know very little about the player he was.

“Young people have no idea who André Lacroix is. I had proposed that they [la Ville de Lévis] do something,” he says. Mr. Lacroix wanted to showcase his hockey career through an exhibition in the hall of the building.

Last of a family of 14 children, the only one to have played hockey, André Lacroix, born in Lauzon in 1945, left his mark in the World Hockey Association. He holds an unbeatable record, that of all-time leading scorer in this circuit that was described as “cursed”.

In the National Hockey League (NHL), he was one of the first members of the Philadelphia Flyers. He is also one of four professional hockey players to have over 100 assists in a season, along with big names Bobby Orr, Mario Lemieux and Wayne Gretzky.

During a game, he A few years ago with Gilles Lehouillier, he proposed to the City and the mayor to exhibit objects related to his career.

He has in his possession several souvenirs that he would agree to lend: the trophy for the third provincial midget championship won with his Lauzon team and his photo as a young player, the last pair of skates in his career, the puck for his first NHL goal in his first game, the puck for his first hat trick, the Team Canada jersey he wore in 1974, his most valuable player awards two consecutive years in the junior league.

He is still awaiting a concrete response from the City of Lévis.