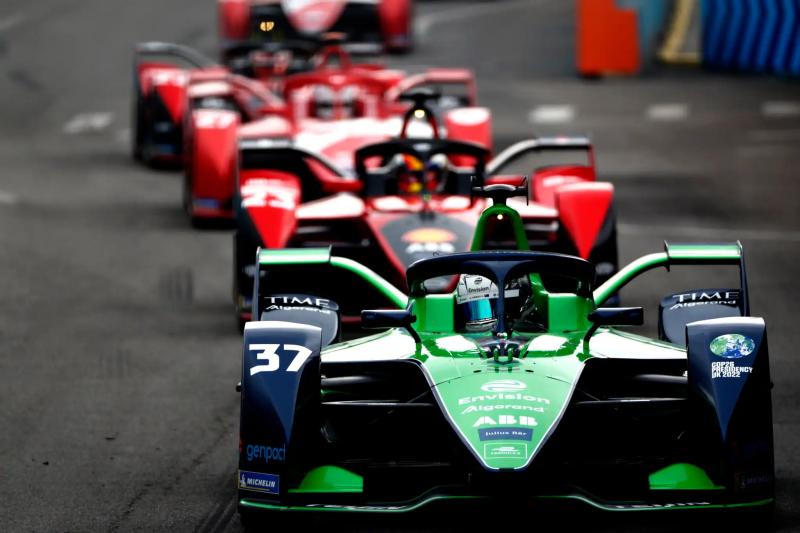 The torrential rain that hit New York caused the race to end before the end of regulation time, and it was the holder of the lead position, New Zealander Nick Cassidy , who won the Brooklyn E-Prix on Saturday.

The Envision team rider had won the qualifying tournament earlier in the day and he never watched behind afterwards. However, it was the rain that complicated his end of the race.

Cassidy, Stoffel Vandoorne (Mercedes), Lucas di Grassi (Venturi), Pascal Wehrlein (Porsche) and Sébastien Buemi (Nissan e.dams) were all involved in an accident at turn 6 due to hydroplaning. A red flag was waved as Robin Frijns took the lead (Envision).

According to Formula E regulations, if an event cannot be resumed, the results at the end of the lap preceding the suspension of the race count in the final classification. This is how Cassidy was able to climb to the top step of the podium, ahead of di Grassi and Frijns.

In the general classification, it is still the Swiss Edoardo Mortara, Venturi pilot, who dominates with 150 dots. He leads Vandoorne and Jean-Éric Vergne (DS Techeetah) by 13 and 22 points, respectively.

Formula E will hold the second round of its New York event on Sunday.