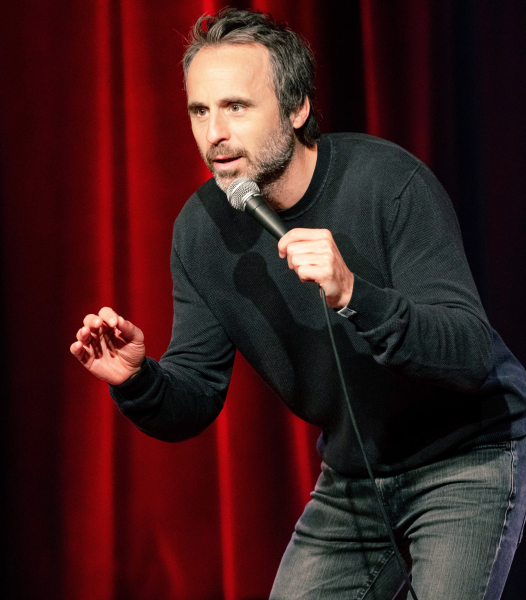 Louis-José Houde has hosted the Adisq gala for 17 years. His animation is older than my big teen. And yet he manages to amaze us every year. To put your finger on the bobo. And this year, he hit the nail on the head when he denounced the horrible scourge of spectators filming performances/performances with their @#$%?%$#$%?%$ cellphones, an act of idiocy and stupidity. 'a phenomenal selfishness.

When he said about this stupid practice: “It's scary how comfortable we are made to be cellars”, I applauded in my living room ! We can't say it enough: it sickens everyone when you brandish your smarter phone to film a crooked image of a show.

The survival of the song

Even if I find the galas outdated, when it's ADISQ's turn, I'm not complaining, I want more! We managed to perform a miracle: bring the generations together by bringing together Lisa Leblanc and Edith Butler, Ginette Reno and FouKi (despite the slip), and all of Quebec participated in a real karaoke with Bruno Pelletier and Mario Pelchat! Bring galas like this!

On the other hand, did you notice one thing: the number of young (and not so young) artists who sang last night and whose lyrics we didn't understand? They went to the same school of “non-articulation” as the young actors.

Speaking of the link between the generations, I had a twinge in my heart when Marie-Annick Lépine pointed out that it was 26 years that the Cowboys Fringants existed. Where have those years gone? It seems like only yesterday that they were considered the next generation!

I was watching the gala yesterday and thinking of those depressing numbers that ADISQ Director General Eve Paré recently recalled in the media. The share of French-speaking Quebec artists on streaming platforms is anemic, she lamented in Le Soleil.

Pierre Nantel, defeated PQ candidate, summed up very well on Twitter what I thought: “I hope that the sponsors Spotify and Amazon Music realize, in the face of all this talent and all this professionalism, that Quebec is not only an “other” northern province! That we're not just another market of listeners.”

That's why I found it very touching that the gala from the very first minutes shows us Patrice Michaud singing with lots of little children jumping everywhere. It is for them that we want Quebec songs to survive.

And it is also for this reason that I want to thank Bruno Pelletier for singing La Manic by Georges Dor, to remind those under twenty of the great song that preceded them.

I hope that in fifty years we will still be singing: “Dis-moi c'qui s'passe in Montreal/In the dirty and side streets/Where you are always the most beautiful/Because ugliness does not reach you/You whom I will love until death/My eternal »