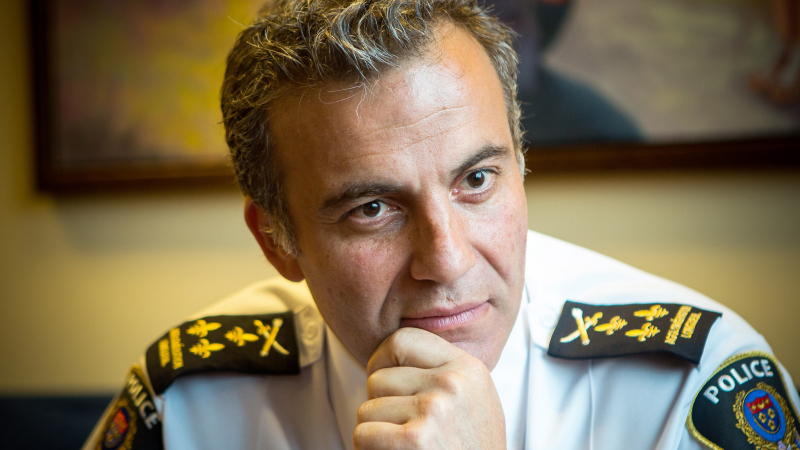 Because 80% of calls made to the police in Longueuil are now related to mental health issues, the authorities of the fifth most populous city in Quebec no longer had the choice to react by launching a reforming their practices and developing a consultation policy.

This is what the director of the Longueuil agglomeration police department (SPAL), Fady Dagher, believes, who operates this important and necessary transformation which we witness from the inside in the new docuseries “Police avant-garde”. .

Over the past year, patrollers from the SPAL’s Social and Organizational Support Network (RESO) have been deployed in the field. Their mandate is to be accessible to the most vulnerable clienteles. They walk around and, instead of putting out fires as their colleagues do, who keep calling 911 all day long, the RÉSO police officers rely on prevention and anticipation to defuse crises before they even happen. occur.

In the 10-episode series, directed by Amélie Dussault and produced by Blimp Télé, we follow agents in the field and at SPAL headquarters, where they try to establish a new organizational culture. Director Fady Dagher also wanted us to see the resistance of some police officers.

“I did not expect the camera to have captured so many emotions, that surprised me”, he admitted in a virtual round table.

To allow the police and the director Amélie Dussault to tame herself, the latter first presented herself without her camera. For her, the challenge was to come up with a “concrete” portrayal and allow viewers to connect with the characters, all while “having a dramatic curve”.

According to Fady Dagher, this whole reform, which could inspire other police forces, is only a first step. The Sûreté du Québec and the Service de police de la Ville de Montréal have sent representatives to not only observe the change taking place, but also to experience it, he said.

He believes that 'we must rely on the continuous training of police officers to better respond to human distress.

Faced with the increase in incidents related to firearms in Greater Montreal, the SPAL is, on the contrary, banking on repression. “For us, in Longueuil, we go very hard on narcotics searches. We do a lot of that because we seize firearms all the time. That's the way to remove them from the field before they get fired.”

As part of RÉSO's medium-long-term vision, according to Mr. Dagher, it is necessary to follow young people from their most young age, in sectors where there are the most vulnerabilities, in order to encourage them to take the right path.

The docuseries “Police avant-garde” is broadcast at the rate of two episodes each Thursday, at 8 p.m., on ICI RDI, starting October 13.