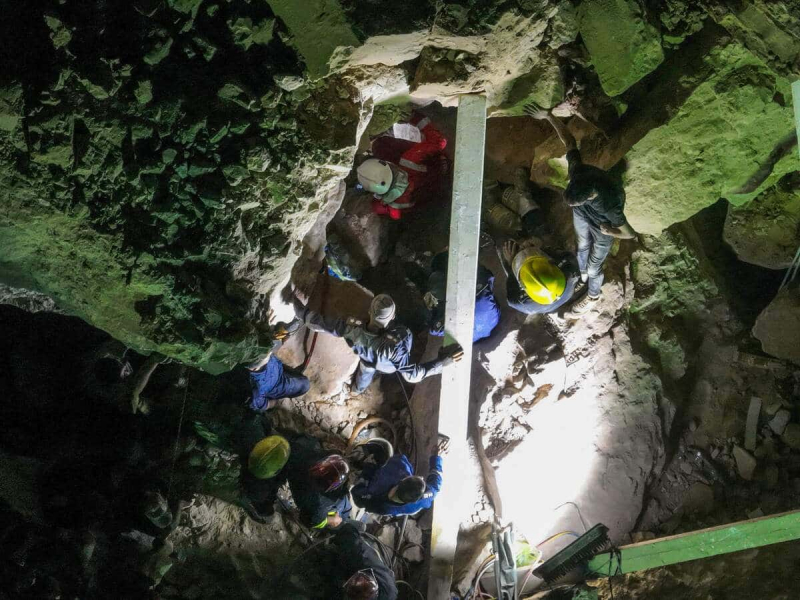 Four bodies of pilgrims trapped under the rubble of a Shiite shrine, part of which collapsed during a landslide in central Iraq have been removed, relief workers said on Sunday. the search.

“We found four bodies, including that of a woman”, in this sanctuary in the province of Kerbala, General Abdelrahmane Jaoudat told AFP , Director of the Civil Defense Media Department.

Rescuers had previously said they were trying to extract six to eight pilgrims trapped under the rubble of Imam Ali's Qattarat, a relatively small sacred building surrounded by rock walls.

Three children have already been rescued and are in “good health. They were hospitalized,” the emergency services said.

According to Iraqi Civil Defense spokesman Nawas Sabah Shaker, a portion of the rock broke off on Saturday afternoon “due to the high humidity” and fell on the building. The landslide caused the collapse of “about 30% of the total area of ​​​​the building which measures some 100 square meters”, he explained.

Quoted by the state press agency INA, the rescuers said they managed to transmit oxygen, food and water to people trapped under the rubble. They also claimed to maintain verbal contact with the victims “to reassure them”.

“We are working hard with the utmost precision to reach those who are stuck. Any mistake could lead to further collapses,” Abdelrahmane Jaoudat, director of the Civil Defense media department, told AFP.

A witness, Bassem Khazali, told AFP that his nephew was trapped under the rubble “when the roof collapsed” on Saturday. “I fear that all the efforts undertaken will be in vain (…). We want to know what happened, why it happened,” he added.

On Sunday, backhoe loaders were working to remove rubble, according to an AFP correspondent on site. Outside and inside the building, the police, the army and the men of Hachd al-Chaabi, former paramilitaries integrated into the Iraqi armed forces, secured the site.

In a tweet, Iraqi President Barham Saleh called on “heroic” rescuers to “mobilize all their efforts to save those trapped”.

< p>Imam Ali's Qattarat is located about 25 km west of the holy Shia city of Karbala and attracts thousands of pilgrims every year. It is dedicated to Imam Ali, son-in-law of the Prophet Muhammad and founding figure of Shia Islam.

According to Shia tradition, Imam Ali stopped here with his army on his way to at the Battle of Siffin in 657 and is said to have caused a source of water to gush there.