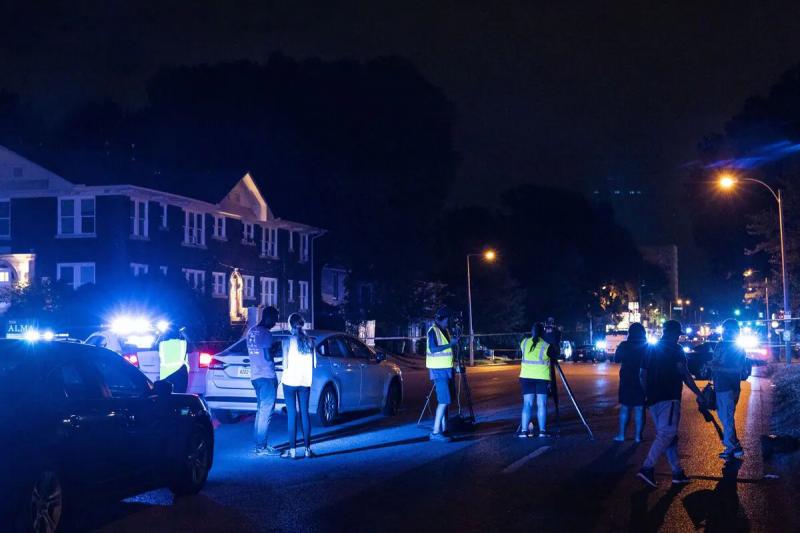 Four people were killed and at least three others injured in a massacre that lasted several hours on Wednesday in Memphis, in the southeastern US state of Tennessee, local police said. arrested the suspected shooter.

The man, Ezekiel Kelly, 19, was arrested with two weapons in his vehicle at around 9:00 p.m. local time (01:00 GMT Thursday) and taken into custody without incident, Police Chief Cerelyn Davis told reporters.

He reportedly killed his first victim on Wednesday shortly after midnight, before continuing his murderous journey through the city in the afternoon and in the early evening.

At least eight crime scenes have been identified, including a “carjacking” (violent car theft) and shootings in a store, Ms. Davis added, adding that Ezekiel Kelly had broadcast some of his acts on Facebook Live.

Authorities issued instructions to stay at home during this massacre, and sealed off parts of the city.

The United States is a regular scene of mass shootings and other gun violence, but the issue of gun control remains politically sensitive and Congress remains reluctant to toughen legislation in this area.

At least 490 people have been killed in mass shootings and crimes since the start of the year in the United States, and 14,050 are died in incidents involving firearms, excluding suicides, during the same period, according to the organization Gun Violence Archive.