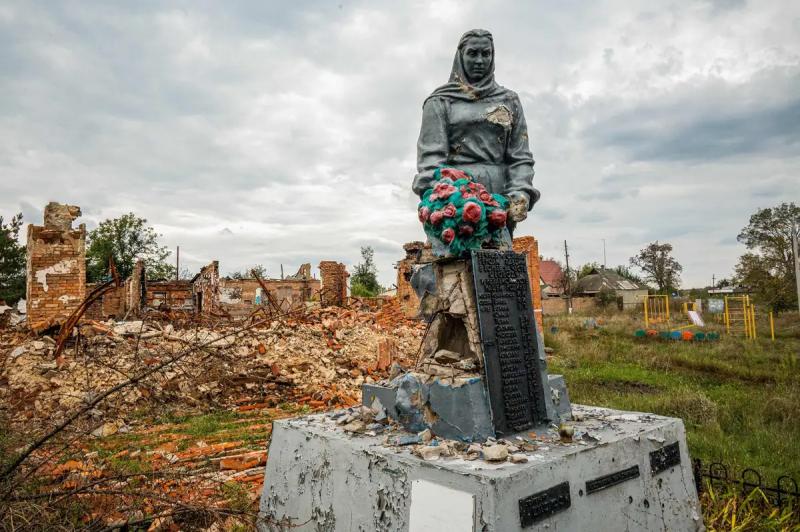 Four regions of Ukraine under almost total or partial control of Russian forces vote until Tuesday in referendums on annexation by Russia denounced by the international community. A few key facts about these areas.

These two predominantly Russian-speaking regions make up the Donbass, Ukraine's industrial basin. Between 2014 and 2022, a conflict opposed separatists led by Moscow and Ukrainian forces.

But in February 2022, Vladimir Putin recognized the independence of the separatists and justified the February 24 invasion by the need to save Russian-speaking populations from an alleged genocide.

The Lugansk region counted before the war some 2.1 million inhabitants. It borders on three sides with Russia and, according to Kyiv, around 98% of the territory has been under Moscow's control since the Russian spring and early summer offensive.

Of the four voting regions to the so-called referendums, it is the one where Russian control is the most total, but it has been done at the cost of heavy military losses.

Since the Ukrainian counter-offensive in early September which liberated a large part of the neighboring region of Kharkiv, Ukrainian forces have also been encroaching on Lugansk.

The neighboring region of Donetsk, where people vote also, had 4.1 million pre-war inhabitants and its eponymous capital is the third largest city in the country.

Before the Russian invasion, about half of the region was under separatist control. Today, around 67% of the territory is held by Moscow and its allies, including the port city of Mariupol, ravaged by siege and bombardment by Russian forces.

Deadly fighting continues there, and Ukraine made small advances there in September.

This region, which borders the Black Sea, is home to the country's largest nuclear power plant, on the Dnieper River, and had before World War 1, 63 million inhabitants.

Proportionally, of the four regions voting in referendums, it is the one where Russian control is least with 63% of its area occupied by Moscow and its military administration.

Its largest city, also called Zaporizhia, is held by Ukrainian forces, but its largest port, Berdyansk, is in Russian hands.

The gigantic nuclear power station there was taken by the Russian army in March. Since then, the two camps have accused each other of bombing its surroundings at the risk of causing a nuclear accident. Calls to demilitarize have multiplied, without success so far.

Some 83% of this region, the westernmost of the area controlled by Moscow, and its eponymous capital have come under Russian control in the early days of the war.

The region, very important for Ukrainian agriculture, is strategic for Moscow, as it borders the Crimean peninsula, annexed by Moscow in 2014.

His seizure, associated with those of the coasts of Zaporijjia and Donetsk, thus allows Russia to constitute a territorial continuity of all the regions which it controls in Ukraine, Crimea included, and of the Russian territory strictly speaking.< /p>

Ukraine is leading a counter-offensive there and has claimed some successes in recent months. In particular, it damaged bridges spanning the Dnieper around the city of Kherson to break the supply lines of the Russian forces.

In addition, attacks targeting Russian and pro-Russian officials are increasing there and several of them were killed.