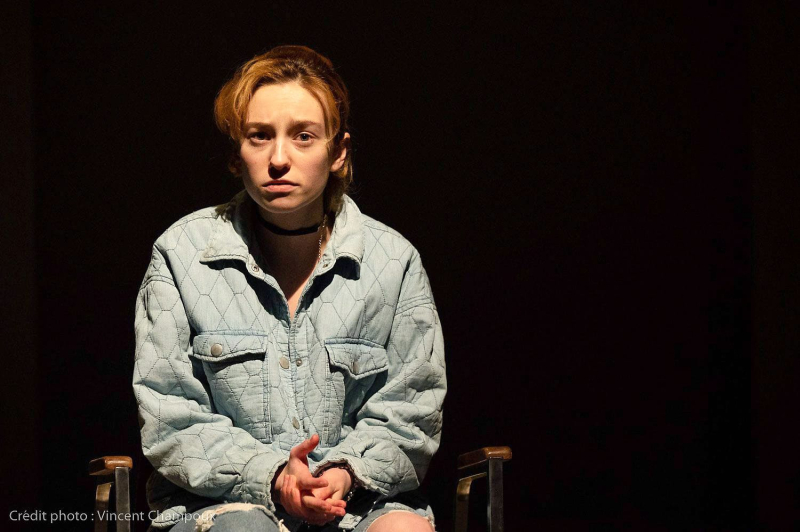 A play on sexual consent and its ramifications, Les Glaces, by Rébecca Déraspe, is a theatrical object of great quality with a solid text, superbly delivered thanks to performances by high-level actors.

On view until February 4 at La Bordée, Les Glaces< /em> addresses, in nuance and sensitivity, a subject that is very topical.

The proposal directed by Maryse Lapierre skilfully avoids heaviness and a moralizing tone. There is humor and moments of levity and tension. Rébecca Déraspe's text is all finesse and humanity.

We expose a situation from all angles, without avoiding harsh realities and with, sometimes, very strong scenes.

Ice Cream, this is the story of Vincent. A man in a relationship, father of a young child who decides to go to his native town, in Rivière-du-Loup, to elucidate a sexual assault he allegedly committed 25 years ago.

< p>The memories of Vincent, played by Christian Michaud, are distant. He has difficulty remembering what really happened. Today, Vincent, who is a university professor, calls himself a feminist and defends women's rights.

The vagueness becomes even more vague in contact with Sébastien Ouellette (Olivier Normand), his childhood friend. The childhood friend is convinced, for his part, that Noémie, the victim, was consenting.

The acts were committed at a completely different time and with different referents from today today.

Back in the house of his childhood, Vincent finds his father, Richard, which gives rise to beautiful scenes between the son who lives in Montreal and his father who spent his life in the regions. Daniel Gadouas excels in the role of this father from another era. It is absolutely tasty.

All the actors are excellent. In addition to Christian Michaud, Daniel Gadouas and Olivier Normand, we find Valérie Laroche in the role of Noémie, Debbie Lynch-White in that of Valérie, sister of Vincent, Anna Beaupré Moulounda, in the role of Marianne, and Éléonore Loiselle in the skin of Jeanne.

This young actress, who we saw in the series L'Échappée and in the films The goddess of flies on fire and < em>Falcon Lake, is totally unsettling as a young woman recently assaulted. A presence where we again see the complexity of filing a complaint and facing, in 2023, the stages of this legal process.

Co-production with the theater La Manufacture, Les Glaces< /em> kicks off the second part of the 2022-2023 season in a great way. The actors are excellent, the subject, with all its nuances, thought-provoking, while being entertaining. Despite almost two hours without intermission, we do not see the time passing. That's a good sign.