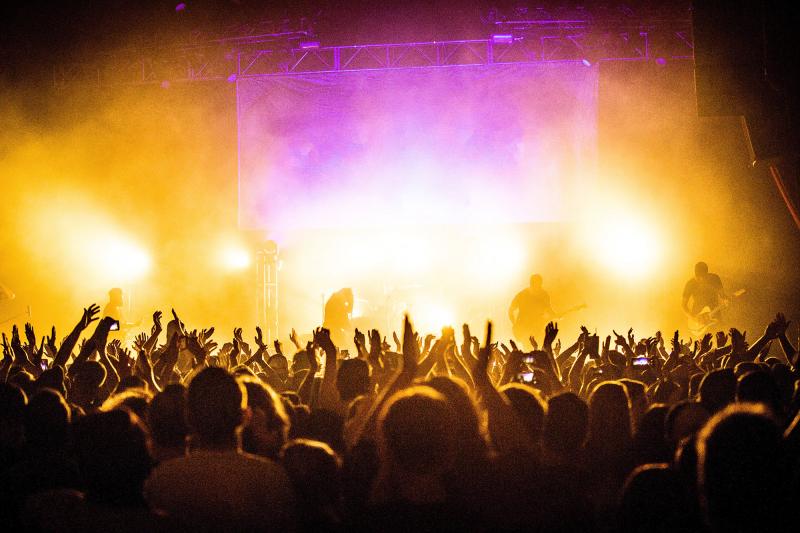 Even if there are hundreds of shows displayed this fall across Quebec, the return to pre-pandemic life is far from a reality. The last two years have somewhat weakened and run out of steam, according to what Le Journal has observed. Labor shortages, fears of an eighth wave of COVID, inflation and changing consumer habits. Producers and exhibitors are not at the end of their pain.

“The real return to normality, if you can call it that, I don't see it until 2024. Before the effects of the pandemic really wear off and we start having more normal access to equipment again.  »

Senior director of the entertainment and management division at Musicor Spectacles, Sébastien G. Côté draws up a rather pessimistic conclusion about the current situation of entertainment in Quebec. And this observation is shared by many of the stakeholders contacted by Le Journal.

Yes, many concerts will be announced in the coming weeks. But in reality, several problems remain. Even if we sometimes have the impression of being out of it, the pandemic is still hanging over us and threatens performances almost daily. When we add to this the very present labor shortage, we find ourselves with a great headache for many producers and broadcasters.

“I unfortunately expect that some shows will still be postponed or canceled [this fall] because there may be some presenters who will not have the staff to do so. In the same way that other cases of COVID could be invited into our projects, whether in our teams or among the artists, “said David Laferrière, general and artistic director of Diffusion En Scène and of the Gilles-Vigneault Theater.

Of course, if we want to remain optimistic, we can tell ourselves that the fall of 2022 promises to be more active in theaters than the two previous falls.

< p>“ It’s a much more real restart than what we have experienced in past years, remarks Sébastien G. Côté. At the moment, we are not in the “we open, we close”. Rooms are no longer limited to 250 or 500 spectators. But to think that we are back with the same degree of predictability as in 2019, with the same access to resources, we are not there yet. »

– With the collaboration of Cédric Bélanger

Consumers have changed their habits

Beyond all the problems mentioned so far, producers and broadcasters must also juggle with consumers who buy their tickets more often than before at the last minute.

“ I think people have understood during the pandemic that there will be tickets available for them for a majority of shows, says Sébastien G. Côté, of Musicor Spectacles. Yes, we still have a portion of people who buy their tickets at the beginning of the sale, but we see more and more people who postpone their moment of making the decision. »

“The clientele has changed its habits enormously, notes Frédéric Roussel, from Rivière-du-Loup in shows. Ticket sales are going very well during programming releases. It is the enthusiasts, the members, the subscribers, who make their purchases, but the majority of the public waits until the last minute. We also feel less enthusiasm because the first budget item on which people will save, in times of inflation and the risk of recession, is culture and going out. Instead of buying three shows a season, they will buy one and they will choose the one that will please the whole family. »

Labour is getting rare

The entertainment industry is not spared from the labor shortage that we see in several other sectors. “There is an effect of two years of pandemic which hit hard this summer, says David Laferrière. At home, at the Gilles-Vigneault Theater, we have two people on sick leave. »

“We are suffering, in a significant way, from the lack of manpower, says Martin Tremblay, of the Videotron Center. There is a whole team working at the back to make things happen. Just technically, shows like Pearl Jam and Backstreet Boys require 100 to 125 people to set up and take down the stage. Succeeding in recruiting everyone is a challenge, we do not hide it. »

“We are only a small team of six permanent staff to operate a season of more than a hundred shows in four different places, mentions Frédéric Roussel, artistic and general director of Rivière-du-Loup en spectacles. We have lost our technical director and our room manager. […] In the technical department, if we don't find someone within the next few weeks, we won't be able to keep up the pace. »

Inflation is being felt by show producers, who now have less leeway to bring artists on stage.

“There is a significant increase in costs relating to the presentation of a show, without there being an increase in the price of the ticket,” says Sébastien G. Côté, of Musicor Spectacles. < /p>

Examples? First, the whole transport aspect, mentions the producer. “Yes, it has increased due to the cost of gasoline. But also due to some carriers making other choices during the pandemic. It is more difficult to do business with them at the moment. »

Despite these significant increases, most of the producers interviewed by Le Journal agree that it is not their intention to increase ticket prices in the near term.

“We try to keep tickets at a reasonable price, to maintain a clientele, says producer Martin Leclerc. […] We will perhaps increase the prices of the first rows. As at the Grand Théâtre or the Place des Arts, the double-letter rows, we could put them at a higher price to perhaps recover the shortfall knowing that there are people who are ready to pay more to be in the front rows to better see the show. »

Operating at full capacity for months, performance halls give the impression that the pandemic is behind us. But it is quite otherwise. According to David Laferrière, of the Gilles-Vigneault Theater, the seventh wave of COVID this summer has hurt. “She has cast doubt on a lot of people.”The promoter and co-owner of the Anti, in Quebec, Karl-Emmanuel Picard, noticed that many ticket holders do not even show up for the show. “Some are getting reimbursed because they say they have COVID-19, but there are others who just don’t come. Are these people who are sick or who do not ask for reimbursement? It's more common than before. At the Anti, for a sold-out show with 200 people, it is not uncommon for 40-50 people not to come. »

At the Lion d'Or, we admit to being very cautious for the fall. “We are with slightly lower gauges than before, to avoid the public being too tight, psychologically. We don't want the public to be scared, and we want to avoid any potential outbreaks,” says Executive Director Sara Castonguay. fears about COVID. “Scalded cat fears cold water… I am reassured by the fact that the political will seems not to return to coercive measures like the compulsory vaccination passport, but you never know what can happen with the mutations of the virus or the fragility of the hospital system. We cross our fingers every day. »

For Sébastien G. Côté, of Musicor Spectacles, fears of contracting COVID still concern artists and their teams. “As soon as one of the tour crew members tests positive, performances are in play and could be cancelled. We are learning to live with the phenomenon, but it remains a stress for all.