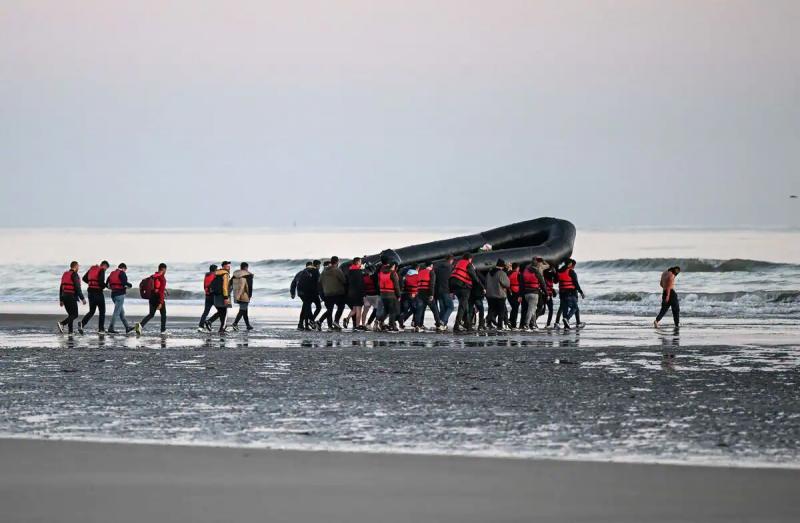 A total of 254 candidates for exile to England, routed in the Channel for the past four days, have been rescued, said the maritime prefecture of the Channel (northern France), sign that departures are increasing.

In the first seven months of the year, 533 attempts to cross by boat to England, involving 18,763 migrants, were recorded, in increase of more than 50% compared to the same period in 2021, an already record year, when 12,100 people were counted, according to the same source.

On the evening of August 16, a dinghy from the Dunkirk National Sea Rescue Society was mobilized to bring 50 passengers from a routed clandestine boat ashore.

And on the night of 16 to 17, a French Navy patrol boat rescued 62 people, while a salvage tug collected another 39.

According to British figures released on Sunday, the number of migrants crossing the Channel illegally into England since the start of the year has exceeded even 20,000, heading for a new record despite successive plans by the British government to try to put an end to it.

Perilous clandestine crossings of the English Channel, one of the busiest sea routes in the world, have become a regular source of tension between Paris and London, especially since Brexit.

London has reached a highly controversial agreement with Rwanda to send asylum seekers who arrived illegally on British soil to the East African country.

Although none of these deportations has yet taken place – a first flight scheduled for June was canceled after a decision by the European Court of Human Rights (ECHR) – the candidates for the succession of Prime Minister Boris Johnson, Rishi Sunak and Liz Truss, both promised to continue this and politics.