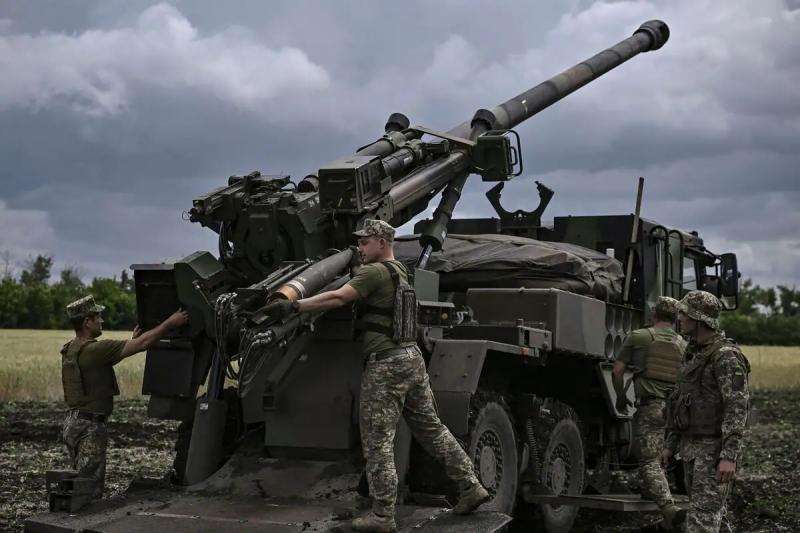 France is considering new deliveries of military equipment to Ukraine, in particular 6 to 12 Caesar guns taken from an order intended for Denmark, we learned on Monday from a source familiar with the matter, confirming a information from the “World”.

The operation, in discussions between the three governments, is not finalized at this stage, according to this source.

Paris has already delivered 18 examples of this 155 mm gun mounted on a truck, amputating nearly a quarter of the French Army fleet.

These additional guns produced by Nexter would be taken on an order for 19 Caesars placed in 2017 by Denmark, according to Le Monde. The Caesars intended for Denmark are equipped with an armored cabin and eight wheels, while the models equipping the French army, which are lighter because they are not armoured, have only six wheels. They also carry more shells (30 compared to 18), which can be fired at 40 kilometers.

Paris is also considering supplying kyiv with 20 Bastion armored vehicles according to another source familiar with the matter, confirming information from La Tribune.

The order would be placed by the Ministry of the Armed Forces which would then transfer them to Ukraine . This could be implemented quickly, especially since the manufacturer Arquus has several of these armored personnel carriers already produced.

France is regularly singled out, especially by the countries of Eastern Europe, for the small scale of its military aid to Ukraine. This represents less than 2% of the total military support for kyiv, which comes mainly from the United States, according to François Heisbourg, of the International Institute for Strategic Studies (IISS).

Since the beginning of the conflict, Paris delivered, in addition to 18 Caesar guns, 155 mm TRF1 towed guns -15 according to a source familiar with the matter-, VAB armored vehicles, Milan anti-tank missiles and Mistral anti-aircraft missiles.