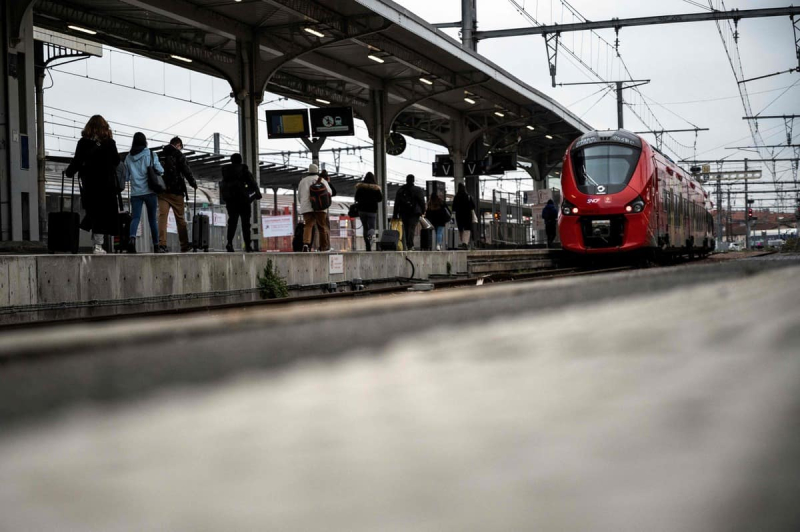 Rail traffic was still severely disrupted in France on Sunday due to a strike by controllers which forced the SNCF, the national company, to cancel 60% of its trains. &nbsp ;

Like the day before, on the high-speed TGV network as on the interregional network (Intercités), only 4 out of 10 trains were in circulation on Sunday, an SNCF spokesperson confirmed to AFP .

At the Paris Roissy-Charles de Gaulle airport station, the tracks dedicated to TGVs were deserted at the start of the day. The first train was announced for 1:36 p.m., followed by four others in the afternoon.

Surrounded by his three suitcases, Marc Kufess expressed his annoyance: arriving at 9:30 a.m. from Togo, he did not discovered that on landing the existence of the strike, and the cancellation of his 11:24 a.m. train for Mulhouse (east).

SNCF management announced on Friday that “new meetings” would take place next week with trade unions and controllers, who are calling in particular for better recognition.

Several unions, which have supported the movement, have filed a strike notice for the Christmas and New Year weekends, in order to put pressure on the SNCF.

Faced with fears that this movement will disrupt the end-of-year celebrations, the Minister Delegate for Transport, Clément Beaune, called on Saturday for “collective responsibility”. “Let's work in the coming days to avoid this (…) I will do everything at my level,” he assured.

The almost 10,000 SNCF board managers, including nearly 3,000 work on the TGV and Intercités, have an essential function in terms of traffic and passenger safety. Without them, the trains cannot run.