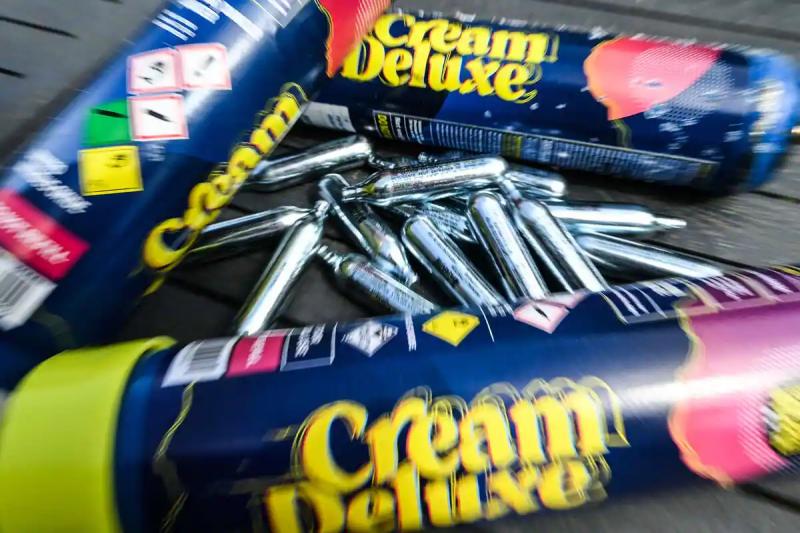 Fifteen tonnes of nitrous oxide, known as “laughing gas”, have just been seized in the Paris region, a record, French justice announced on Monday.

Normally used in the kitchen in whipped cream dispensers or in medicine as an analgesic, this gas has become the object of illegal trafficking for its euphoric effects, despite the dangers it can represent for the health of consumers, and its sale has been subject to restrictions.

The last record seizure in France was seven tonnes, last January, also in the Paris region, according to a police source at AFP.

The investigation began after the refusal to comply by a scooter driver in the Hauts-de-Seine and then his arrest by the police, said the prosecution of Nanterre, the prefecture of this department located west of Paris.&nbsp ;

In the scooter will be discovered six bottles of nitrous oxide, according to the BFMTV channel. In front of the investigators, the driver admits being a delivery man of laughing gas, sold via the social network Snapchat, and he mentions the place where he gets his supplies, either in Seine-et-Marne, in the east of the Paris region.

The investigation aims to “identify the organizers of this traffic scale”, continued the prosecution.

“Laughing gas trafficking took off in the Paris region during 2019 and has continued to prosper since, favored by the penalties much lower than those punishing trafficking of narcotics,” he explained.

“Considering the serious dangers to health that [il] represents,” the Nanterre prosecutor’s office “chosen to continue trafficking in this gas by as long as trafficking in poisonous substances as provided for by the public health code [5 years of imprisonment incurred]”.

The consumption of “proto” presents risks of asphyxiation, loss of consciousness , burns, but also, in the event of repeated use and/or high doses, severe neurological, hematological, psychiatric and ca rdiaques, warns the Interministerial Mission for the Fight against Drugs and Addictive Behaviors on its website.