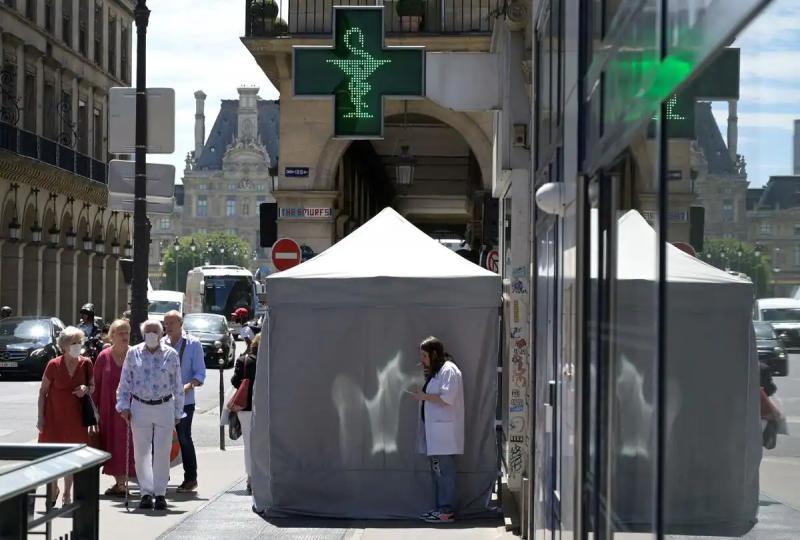 The number of COVID-19 contaminations in France “should slightly exceed 200,000” over the past 24 hours, French Minister of Health François Braun announced on Tuesday during a hearing at the National Assembly.

The seventh epidemic wave “is increasing in recent days” and “we are registering around 120,000 cases (per day) on average this past week, with the number of cases expected to slightly exceed 200,000 this evening,” said Mr. Braun opening a discussion on the “health monitoring and safety” bill.

Faced with a virus that “circulates more and faster, we must protect the population and ensure the impact of this recovery on the health system”, pleaded the minister before the Law Commission, the day after his appointment in the second government. from Prime Minister Elisabeth Borne.

Noting the increase in admissions to conventional hospital wards and, to a lesser extent, to critical care, this emergency doctor stressed that until then she had been “very well below the peak of January” and without comparison with the previous waves, “of an even greater magnitude”.

“However, we are extremely attentive to the evolution of the situation in the context that we know about the hospital,” Mr. Braun continued.

And “contrary to what some claim, the government's strategy is clear” in the face of this wave, he claimed, calling for “finding all the right reflexes”.

Besides the port recommended mask “in crowded places, such as here for example, public transport, transport for holidays”, the minister, masked, encouraged the second vaccination reminder for the most fragile.

“ Vaccination against severe forms saves lives,” insisted Mr. Braun, saying that, as “an emergency doctor, he had seen far too many avoidable deaths.”

“If we get out of exceptional crisis regimes, we are not getting out of the Covid epidemic and there is a need to maintain certain tools”, objects of the two “very targeted” articles of the bill, defended the minister.

This text is “not a state of emergency project” and “includes minimal but necessary measures allowing us after July 31 to monitor the epidemic to protect the French” , he insisted.