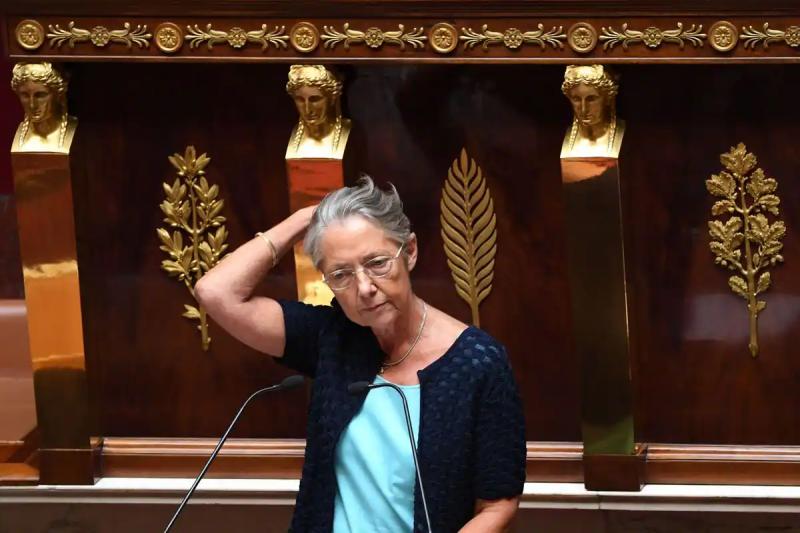 The new French government finds itself in a complicated situation on Wednesday after suffering its first setback overnight in the National Assembly, where President Emmanuel Macron's camp no longer has an absolute majority and must deal with a opposition reinvigorated.

At the end of a stormy session, marked by numerous invectives, the deputies adopted the health bill, amputated from a key article on the possible return of a health pass for entry into the territory.

Article 2 was rejected by 219 votes to 195, thanks to a combination of votes from the National Rally (RN, far right), the Republicans (LR, right) and a majority of the alliance of Nupes (left).

“The hour is serious”, reacted in the night the Prime Minister Elisabeth Borne on Twitter. “By joining forces to vote against the measures to protect the French against COVID LFI, the LRs and the RN prevent any border control against the virus”, she denounced.

” It is simply time for democracy, with which you definitely have a serious problem, Madam Prime Minister!” replied, on Twitter, the coordinator of La France insoumise (LFI, radical left) Adrien Quatennens.

“Time is forcing the government to listen to the opposition, which for the moment they are having a little trouble resolving to do”, added the leader of the LR, Olivier Marleix, at the microphone of Sud Radio on Wednesday morning .

“Parliament has done its job, the opposition has done its job”, estimated for his part on Franceinfo the deputy RN Sébastien Chenu, rejoicing that the text has been “boned”.< /p>

Despite the rejection of Article 2, the bill on “monitoring and health security”, examined at first reading in the Assembly, was adopted by 221 votes to 187 and 24 abstentions during the final vote. It must now go to the Senate, the upper house of Parliament, where the right is in the majority.

The adoption of a truncated text at first reading illustrates the delicate room for maneuver of President Emmanuel Macron's camp, re-elected for a second five-year term at the end of April.

Deprived of a majority in the June legislative elections, the centrist-liberal leader will have to forge alliances on a case-by-case basis to hope to have the announced reforms adopted.