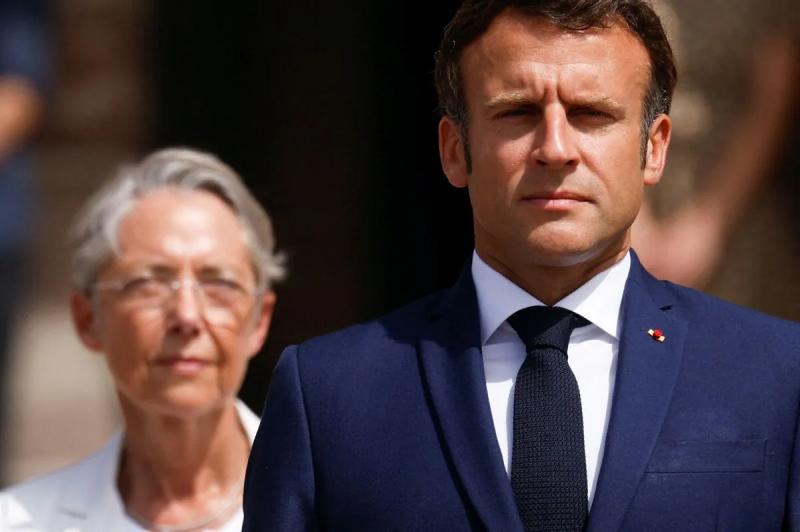 Prime Minister Elisabeth Borne tendered her resignation on Tuesday to Emmanuel Macron, who refused it, while the French president has been at an impasse since Sunday, the legislative elections having deprived his camp of an absolute majority to the National Assembly.

Ms. Borne will remain in power “so that the government can remain on task and act in these days”, announced the presidency on Tuesday.

The Prime Minister will bring together the entire government at the beginning of -noon, announced his entourage to AFP. The three ministers who were defeated at the ballot box, and therefore called upon to resign, will be present.

It is a tradition after the legislative elections that the head of government proposes his resignation. This approach amounts to a new legitimation of the Prime Minister, immediately reappointed to his post by the President.

On Tuesday, Emmanuel Macron chose on the contrary to refuse this ritual resignation, while a tunnel of international obligations is looming for him (European Council, G7, NATO summit) from Thursday.

< p>He will, before that, carry out “the necessary political consultations (…) in order to identify possible constructive solutions in the service of the French”, specified his communication service.

The French president, who was re-elected in April for a second five-year term, is due to receive the leaders of the opposition parties on Tuesday and Wednesday.

He will receive six of them today, including the representative of the Republicans (LR, right), the Socialist Party (PS) and the National Rally (RN, far right).

And this while the bosses of the PS Olivier Faure and the Communist Party Fabien Roussel indicated that they did not rule out bringing down the government of Elisabeth Borne in the long term.

La France insoumise (LFI), the leading party of the New People's Ecological and Social Union (Nupes), the coalition of left-wing parties gathered behind Jean-Luc Mélenchon who came second in the legislative elections, intends to table a motion of censure against the government on July 5.

If the majority of deputies voted for it, which would require an unlikely agreement between the left, the right and the extreme right, the government would fall.

France is entering a period of great political instability due to the absence of an absolute majority for Emmanuel Macron's troops in the National Assembly.

The liberal centrist coalition, which has relied for the first five-year term of Mr. Macron on a comfortable absolute majority (fixed at 289 deputies), retains only 245 seats out of 577 at the end of the ballot.

The rest of the hemicycle is divided mainly between the Nupes (at least 150 seats, according to an AFP count), the far right (89) and especially the classic right (61), which seems to find itself in a position of arbitrator and to whom the presidential camp immediately reached out.

But before his meeting with Mr. Macron, the president of LR Christian Jacob rejected on Tuesday any idea of ​​​​a government pact, ensuring that his party would not be the “spare wheel” of the majority. “We remain in the opposition of determined but responsible matter,” he added.

The secretary general of LR Aurélien Pradié had nevertheless indicated on Monday that there was “no question” for him of voting the motion of censure of LFI, for lack of “republican values” and a “project” shared “for the future of our country”.

The presidential coalition, whose plan to retire at 65 is rejected by both the left and the extreme right, must conclude either a government agreement with other parties , a classic scenario in Germany but unusual in France, or negotiating punctually on each piece of legislation.

This configuration places Parliament at the center of the political game, a first since 1958 and the Fifth Republic.

After a first five-year term marked by divisive episodes, such as the popular movement of “yellow vests” in 2018-2019, and in a tense international context which weighs on purchasing power, Mr. Macron – often described as of “president of the rich”– does not enjoy a very high popularity rating (56% of the French thought he was a good head of state, according to a May 31 Odoxa poll).