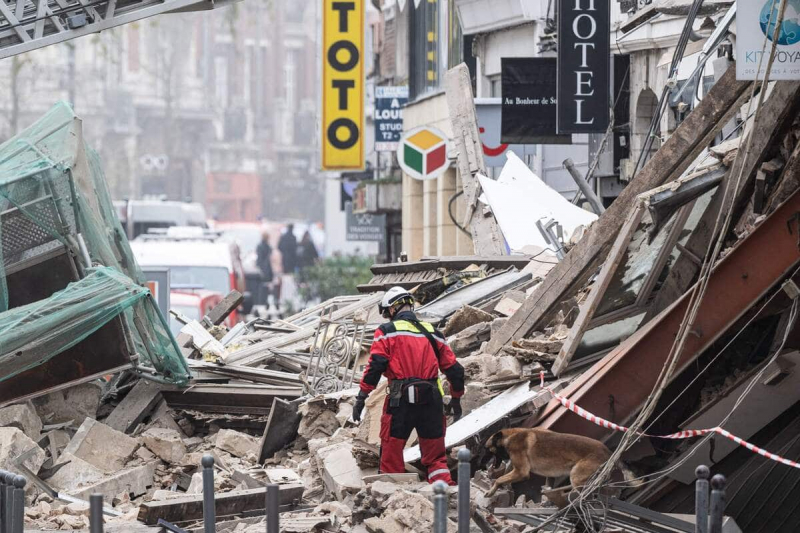 Firefighters are looking for a missing doctor after the collapse of two buildings in the center of Lille on Saturday morning, which most residents were able to evacuate thanks to the alert launched by the 'one of them in the night.

A three-storey building under construction collapsed, dragging down a neighboring building, around 9:15 a.m. in rue Pierre-Mauroy, a very busy street in the city. Fortunately, the tragedy took place before the stores opened.

According to the socialist mayor of Lille, Martine Aubry, a dozen people had already been evacuated in the night and there is “a priori” no victim.

Firefighters are looking for a doctor missing after the collapse on Saturday morning of two buildings in the center of Lille, most of whose inhabitants were able to be evacuated thanks to the alert launched by the #39;one of them in the night #AFP #AFPTV pic.twitter.com/bvoyaj7eOl

“A young man came home at 3 a.m. and he realized that the wall [of the building] was warped” and the door was open, she said. He then warned the municipal police and firefighters, who decided to evacuate a building, the other seeming empty, believing that “there was a real risk”.

Most of the inhabitants have been rehoused with family or friends, said Ms. Aubry, present on site.

“I'm still shaking, because if that night this gentleman hadn't come home at 3 a.m., and hadn't joined us, and we hadn't had these reactions, there would have been deaths this morning. “, did she say. “We owe him a lot of credit,” she added, also welcoming the reflex of the firefighters and municipal police.

The neighboring buildings were also evacuated on Saturday morning “as a precaution”.

Firefighters were deployed in large numbers at the end of the morning to check the risks and start clearing the rubble, a dusty mixture of bricks and metal joists, remnants of scaffolding on the facade of the building.

Others also forced open the doors of shops at the foot of neighboring buildings in order to check for the presence of any cracks endangering the buildings or gas leaks following the collapse.

“We heard a noise for a few seconds, very softly at first. We thought it was the scaffolding that was falling,” Ludovic Ficher, 30, who works in an adjoining building, told AFP.

“When we realized that it It was the whole building that was collapsing, we all ran away,” he added. “I had the scare of my life.”