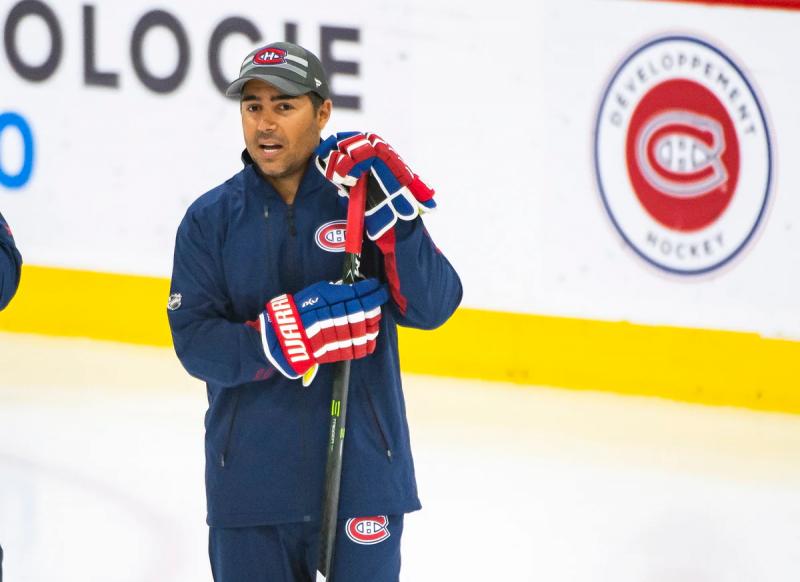 Martin St-Louis will need a new assistant due to the departure of Luke Richardson who has accepted the position of head coach with another rebuilding team, the Chicago Blackhawks.

St-Louis can already cross out the name of a potential candidate. Francis Bouillon, who deals with player development with the organization, does not intend to take up this challenge.

“No, not at all,” Bouillon replied when asked if he wanted to take Richardson's place. I know there are things that have come out lately. In the past, I had the chance to coach in Laval when they called Alex Burrows in Montreal. Two years ago, I could have become the assistant to Joël [Bouchard] with the Rocket. But I had not taken this opportunity. I was not ready. Currently, I am doing well in my role. »

Bouillon will therefore keep the same responsibilities in the CH hockey organization chart. He will again work with Rob Ramage on player development. The two will share their tasks with a rookie within the group, Marie-Philip Poulin.

“No, my duties will not change. When Kent [Hughes] and Jeff [Gorton] arrived [as general manager and executive vice-president of hockey operations], the message was to surround yourself well. Rob and I covered a lot of players. When you want a better quality of development, you have to surround yourself well. They brought in Marie-Philip and Adam [Nicholas] who does the training. It took that.

“I played hockey, but I’m not an ice guy [training], continued the former defenseman. I play with my instincts a lot. Hockey has evolved. As a coach, I didn't do a lot of training. My job is to advise the players, I have to serve as a mentor. I'm on the road during the season, talking to them after games. I report on them. »

Hired by ex-GM Marc Bergevin in 2017-2018, Bouillon will begin a sixth season in his second career with the CH. The 46-year-old offered a nice compliment to the young hopefuls present at this development camp.

“Since I have been doing this job, this has been the best crop of recruits. I'm really impressed. The future will tell us if we made the right choices. I like multiple choices. »