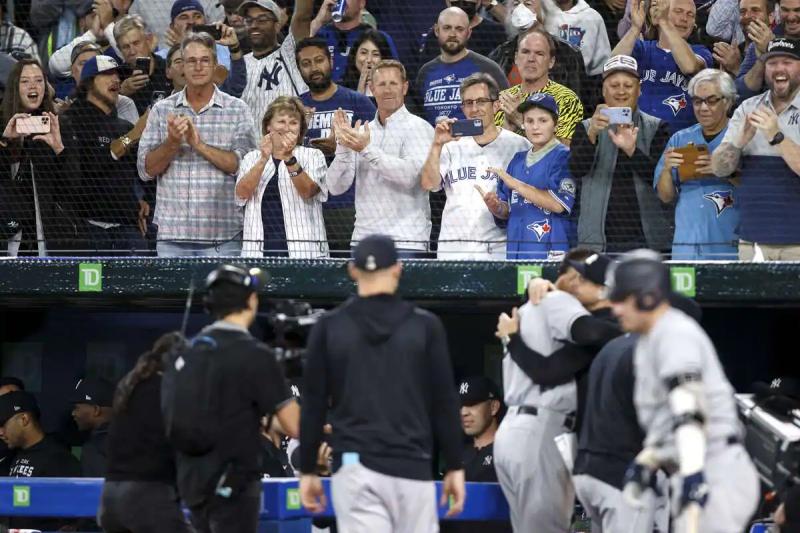 A spectator came literally close to making a fortune when he just missed Aaron Judge's 61st home run of the season Wednesday night in Toronto. This man wearing the Blue Jays powder blue jersey is called Frankie Lasagna and he had big plans in mind.

It's not made up, Mr. Lasagna is the owner of a restaurant, he revealed to the Canadian Press after missing the ball.

Even with a baseball glove and being in the first row, the 37-year-old man would have able to capture the object and then resell it for a sum of up to $250,000, according to the daily “New York Times”. The Jays fan blamed himself for seeing the ball hit the wall before falling into the bullpen.

Frankie Lasagna intended to keep the collectible so to deliver it personally to Judge in his restaurant. Who knows? His establishment may be all the rage now that his particular name has made the rounds of the baseball world…