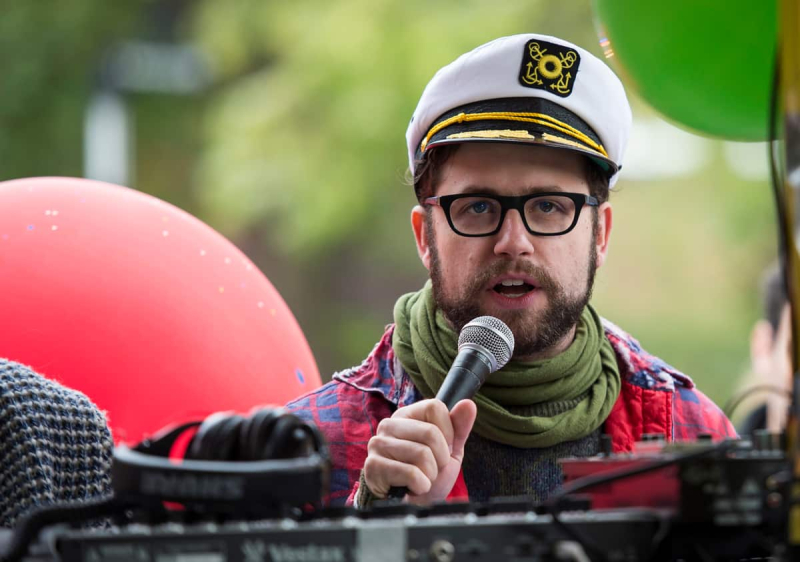 Whenever I see someone being the target of allegations of a sexual nature, I defend their right to the presumption of innocence.

Each time I see an individual being publicly lynched by social media, I say to myself: “I wouldn't wish that on my worst enemy”.

So even if comedian Fred Dubé is one of my worst enemies in the cultural milieu:

You don't know the comedian Fred Dubé and you had never heard of him until you read his name in Le Journal on Monday, in an article talking about “two authors who denounce him for sexual assault”?

That's normal. Dubé is a marginal humorist, darling of the left, who has already written a column with Marie-Louise Arsenault and Pénélope McQuade on Rad-Can radio and TV (until the two show him the door). A left-wing activist who gets kicked out by Radio-woke, gotta do it!

Dubé is an anti-capitalist who has already declared (without laughing) that “The only thing you should deposit in a bank is a brick in their windows.”

Le Devoir, always complacent with radical militants, underlined last year, on the occasion of the publication of Fred Dubé's second book, “his insolent verve, his committed humour, his incisive writing and his scathing audacity”.

But I didn't feel a single shred of satisfaction when I saw his name in big letters in my Diary, alongside the testimony of two women who associate it with “psychological, verbal, sexual violence”.

Not for a single second did I say to myself: “He has what he deserves, well done for him”. Why? Because I don't know what Fred Dubé did or didn't. And you don't know either.

There's even one who told us in detail on Facebook about the time she slept with Dubé while she was having her period. Why are we witnessing this public unboxing? Why are we involuntary voyeurs of this intimacy exhibited?

How is social media an appropriate vehicle to put an individual on trial?

I wish Fred Dubé nothing bad. I only wish him to be able to present his version of the facts before the appropriate authorities.

I will defend tooth and nail the basic principles of our rule of law, regardless of who is targeted.

The presumption of innocence is not variable.