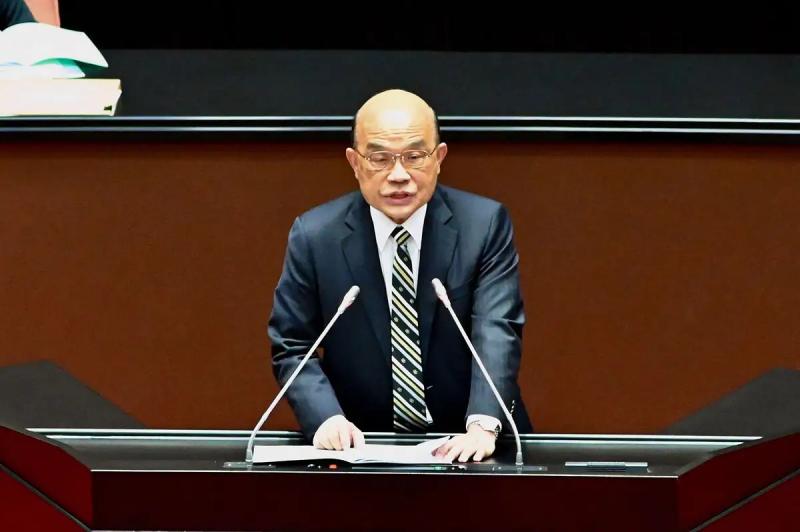 Freedom and democracy have vanished from Hong Kong, Taiwan's premier said on Friday, as Chinese President Xi Jinping visited the former British colony for the 25th anniversary of his handover to Hong Kong. China.

“You only have to see the suffering of Hong Kong people to know whether Hong Kong is doing better or worse,” Prime Minister Su Tseng-chang told reporters in Taipei.

“It's only been 25 years, and, in the past, the promise was 50 years without change,” he added, referring to Beijing’s pledge that Hong Kong could maintain its freedoms until 2047.

The pledge that “the dance will continue and the horses will continue to run is gone, and even freedom and democracy are gone”, he lamented, taking up a quote from former Chinese leader Deng Xiaoping who promised Hong Kongers that life would not change after the handover.

Xi Jinping was in Hong Kong on Friday to praise Beijing's authority over the city, assuring that “true democracy” has been in effect there since the handover in 1997.

The Chinese Communist Party has never ruled Taiwan, but considers the island part of its territory and has promised to take it back one day, by force if necessary.

He proposed to Taiwan a “one country, two systems” principle of governance similar to that which, in theory, ensures Hong Kong a certain autonomy and the maintenance of freedoms.

This proposal was widely rejected across Taiwan's political spectrum, a position reinforced by the blows to freedoms in Hon g Kong in recent years.

Mr. Su urged Taiwan to stand firm on its sovereignty, freedoms and democracy.

“China's 'one country, two systems' simply hasn't stood the test of the time,” he said.