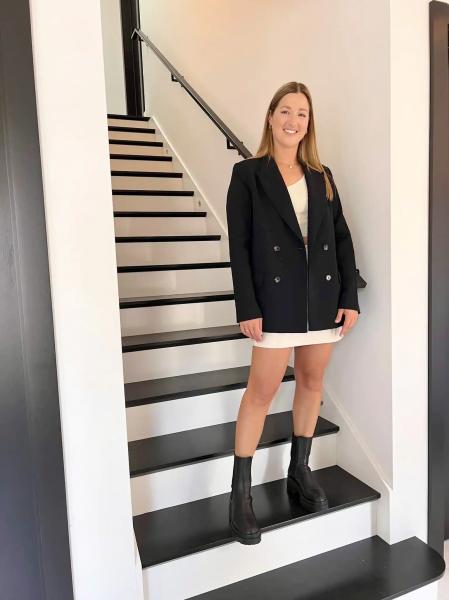 Freshly emerged from the COVID-19 pandemic which hampered training and After a 2018 Games in Pyeongchang was turned upside down by her mother's illness, Chloé lost her Sports Canada badge as she aimed for a fourth Olympic appearance.

“The news gave me a shock and I felt like no one believed in me,” she said. After overcoming the pain and the frustration, I said to myself that it is not [the federation] Freestyle Canada that will decide my dream. I believed in my chances and paid no attention to what I had no control over. I put aside the negative.”

After getting confirmation of her presence in Beijing at the last moment, the moguls specialist signed the best Canadian performance in the Chinese capital by finishing ninth.&nbsp ;

The moguls specialist will always remember holding hands with her little sister Justine as she climbed the podium at the Sochi Games in 2014. Chloé finished second, behind Justine, the new Olympic champion.

“My result proved that I was right,” she said. I'm glad I listened to my inner voice, telling me to believe in my dreams. This decision brought the fire back and convinced me that I could do it. I also cleaned up around me and surrounded myself with positive people.”

The 30-year-old Montrealer relished her experience in Beijing.

“At the top of the track, I said to myself: “what a beautiful evening”, she said. It was the dream evening in my visualization. Even if I was not among the favorites, I achieved the dream performance and it is one of my greatest prides. In my eyes, I won a medal.”

The three Dufour-Lapointe sisters (Chloé, Justine and Maxime) made history by achieving a top 3 in the World Cup, at Val Saint-Côme resort, in 2016.

In her quest for a fourth appearance at the Games, Dufour-Lapointe rediscovered the pleasure of her first Olympic experience in 2010, in Vancouver, when she surprised the world by finishing in fifth place.&nbsp ;

“I was on a mission and I had fun, she summed up. Like in Vancouver, I skied without restraint and had fun.”

Chloe savored every moment of her final season.

“After the pandemic-related break, I realized how much I still loved my sport and enjoyed every step leading up to Beijing, she said. I knew these were my last Games and I enjoyed every moment.”

Returning from Beijing and after a family vacation in the Bahamas, Dufour-Lapointe gave himself a last lap by participating in the last two stages of the World Cup campaign in Megève, in the French Alps.

“It was important to participate in the last World Cups without stress. I was not there to win. My boyfriend made the trip to Europe and we stayed longer to ski together and visit a friend.”