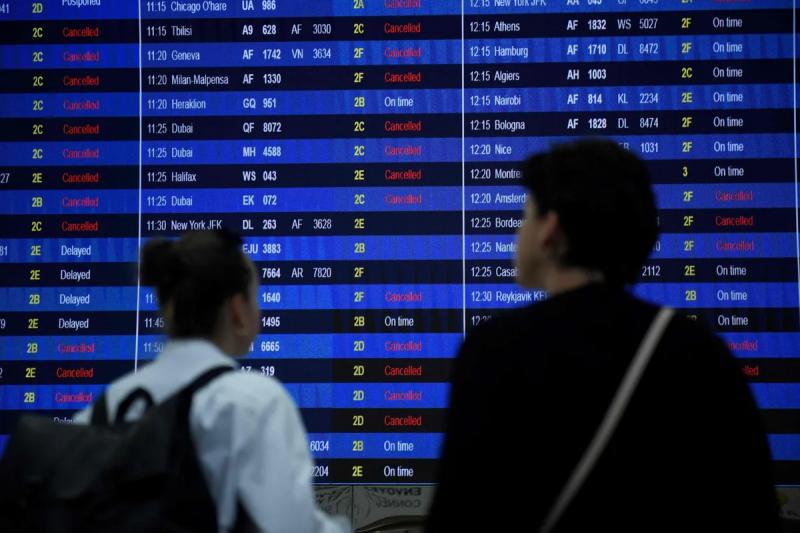 More than 2,400 air routes were canceled last Friday in Europe due to the strike of French air traffic controllers, according to a report published Monday by the traffic monitoring body Eurocontrol, and while a new strike is looming at the end of the month.

“More than 2,400 flights were canceled” during this social movement, while others suffered significant delays, of the order of 45 minutes for each flight over French territory, said the director general of Eurocontrol Eamonn Brennan, in a summary on his Twitter account.

According to the organization, 28,967 flights took place last Friday, against 31,450 the day before. Over the week as a whole, the daily average was 29,438 flights per day, a drop of 2.2% compared to the previous week, again a consequence of the strike.

The social movement was launched by the National Union of Air Traffic Controllers (SNCTA, majority) to demand salary increases in the face of inflation, but also an acceleration of recruitment.

The Directorate General of French civil aviation (DGAC) had asked companies to preemptively give up half of their flight program for Friday, i.e. “around 1,000 canceled flights” departing from or arriving on French territory.

< p>Ryanair, the leading air carrier on the Old Continent, had mentioned the cancellation of 420 flights “mainly flying over France”, without necessarily landing there, and denounced an “unjustified” movement.

The SNCTA, which announced a new strike from September 28 to 30 inclusive, worried “about the current level of inflation as well as future recruitments”. The union wants to take advantage of this notice period “to negotiate”, according to a statement released on Saturday.

These professionals are particularly alarmed by the planned retirement of a third of the engineers in the control of navigation (ICNA) between 2029 and 2035.

However, “at least five years separate recruitment from qualification” and training capacities are “structurally limited”.

< p>We must therefore, according to them, anticipate this “wall of departures” from next year and budget for training in this direction, but “after six months of negotiations to prepare this finance law [2023], the SNCTA does not still has no concrete elements or guarantees “responding to his requests.