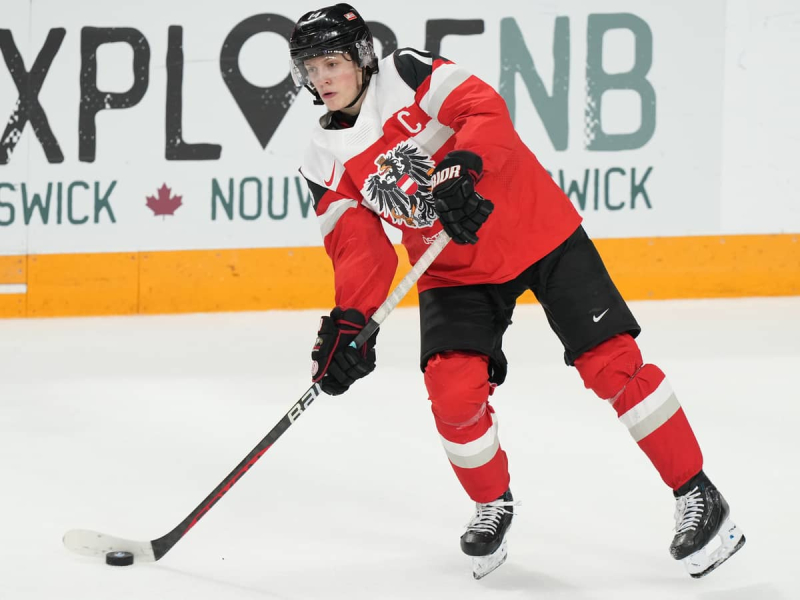 It's hard for young hockey players to learn when injuries always seem to be watching them from afar. Montreal Canadiens prospects like Vinzenz Rohrer recently found out the hard way.

The 2022 third-round pick was the victim of a rare violent contact in an Ontario Junior League (OHL) game on Wednesday. The Ottawa 67's product was tackled in the middle of the ice by an opponent. At the end of a glide, it was his neck and his head that absorbed the bulk of the contact with the ice. He had to be evacuated on a stretcher.

Here are other CH hopefuls, who like Rohrer, have suffered frightening injuries in recent years.

On December 9, Xavier Simoneau also had to leave a game with the help of a stretcher, he who was hit by the stick of his teammate Joël Teasdale in the face during a Laval Rocket game. The 21-year-old, who is off to a great start in the American League, was stunned by the contact. The Quebecer helped his people to defend themselves in their zone, but the blade of the stick received at nose and eye level forced Simoneau to move away from the action to ask for help. Fortunately, the former Drummondville Voltigeurs was able to return to the game less than a month after this scare.

Like Rohrer, Sean Farrell has not yet reached the professional level, he who continues his apprenticeship with Harvard University. The American is one of the brightest stars in the Habs' constellation of hopes, but he'll have to be taken care of. Last February, the small player of 5 ft 9 in and 175 lbs was solidly tackled by an opponent entering the territory. Farrell's head hit the ice as he descended. The 20-year-old forward had to miss a few games, but he's back strong in 2022-23 with 22 points in 15 games so far.

Teasdale, he had to undergo one of the most difficult fitness in recent years. In August 2019, while playing in a friendly match in Boisbriand, the Repentigny native tore the anterior cruciate and medial collateral ligaments in his right knee. What was originally supposed to be a seven-month fitness workout turned into a year-and-a-half recovery. Teasdale thus had to draw a line under the entire 2019-2020 campaign. The left winger has since been playing for the Rocket.

Center Jake Evans has not been spared from underhanded hitting since the start of his young career. Many will remember Mark Scheifele's extremely questionable bodycheck against him in the 2021 playoffs, but the Ontarian suffered another frightening injury long before that. On September 7, 2018, in the third period of a rookie game against the Ottawa Senators, Evans was checked by Jonathan Aspirot and fell heavily. He remained inert on the ice for a long time before being transported on a stretcher. The gesture left no long-term consequences for Evans, fortunately.

Two days later, faced with hopes of the Toronto Maple Leafs, it was defenseman Jarret Tyszka who rang the bells. Once again, the intervention of the paramedics was necessary. While trying to control a puck in his crease, the British Columbian was thrown headfirst against the boards by the cross-check in the back of Hudson Elynuik. The fifth-round pick in 2017 of the Canadian has never played professionally, he who wore the uniform of the University of British Columbia last season.