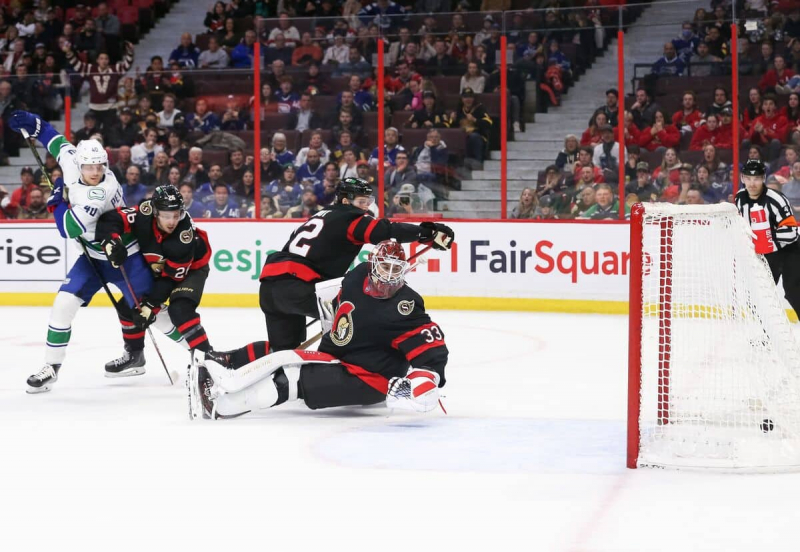 The Senators had high expectations placed on them in 2022-23, but the Ottawa roster instead took a completely opposite path to start the season, suffering their sixth straight loss on Tuesday at Canadian Tire Center. This time, it lost 6 to 4 to the Vancouver Canucks.

The “Sens” are in eighth and last place in the Atlantic Division, with a thin collection of eight points in 12 games.

The visitors flashed the red light four times in the third period to win.

In the win, goaltender Spencer Martin made 37 saves. He was foiled by Drake Batherson, Travis Hamonic, Tim Stutzle and Claude Giroux.

Equally catastrophic for the Blues

Hard to do worse than the Senators at the moment in the National League, and yet that's exactly what is happening for the St. Louis Blues, who lost for the eighth straight time, losing 5-1 in Philadelphia, against the Flyers.

The Blues also continued their attacking woes, as they were unable to score at least two goals for the fifth time in that dismal streak. This time, Ryan O'Reilly was the only one to beat goaltender Felix Sandstrom, who stood before 27 shots.

At the other end of the ice, the Flyers took the price to goaltender Thomas Greiss, beating him five times on 35 shots. Wade Allison, Travis Konecny, Noah Cates, Lukas Sedlak and Owen Tippett all hit the mark.

Golden Knights on a good streak

While some teams are going through a very bad streak, others are having a good time. This is the case, among others, of the Golden Knights of Vegas, who signed an eighth consecutive victory by overcoming the Maple Leafs 4 to 3 in overtime, in Toronto.

Reilly Smith is the one who ended debate in overtime. He slipped between two opposing players at the crowd favorites blue line, before recovering a throw from William Karlsson and slipping past goalkeeper Erik Kallgren. The visitors forward did not miss such an opportunity, lodging the puck in the top of the net, with a backhand shot.

Smith is also the one who forced overtime, hitting the target shorthanded in the third period.

In addition to Smith, Jack Eichel and Nicolas Roy also got the better of Kallgren, who finished his game with only 16 saves. His vis-à-vis, Logan Thompson, saved 28 of 31 pucks aimed at him, yielding twice to Timothy Liljegren and once to a shot by Mitch Marner.