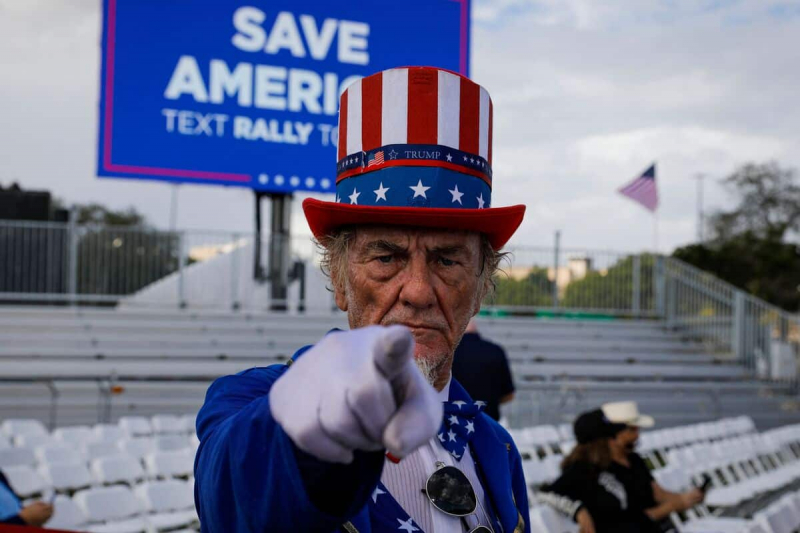 Tuesday is when our American neighbors will register their preferences for the House of Representatives, the Senate, several governorships and a few referendums. Behind a familiar process looms a major issue, the future of democracy.

If you frequent the American Notebook regularly, you probably remember that I have already expressed my pessimism to a few times, especially here and here. I do not intend to go back on my argument, but rather to highlight an attitude of the Americans on which I have paid too little attention.

Of the normality of elections

If I mention Franklin and Obama in the title, it is because these two men could well embody in their own way the beginning and the end of the American experience. If from the Philadelphia convention Franklin allowed himself to doubt the future of the system (“A republic if you can keep it”), the first black president in history is perhaps the last to have been elected in a process “normal”.

Both Franklin and Obama, two intelligent scholars with a certain sense of humor, recognize the pitfalls of the political game, a game they played while maintaining a certain perspective. Either way, they probably could not have guessed that the greatest evil that would afflict the system and its institutions would be apathy.

The divisions of American society have nothing Again, neither is polarization. Corruption? As long as you know the politics of this country, you can trace its influence to the beginnings of the republic.

233 years have elapsed between the ratification of the constitution and the elections of 2022. During almost all of this period, we have at least denounced corruption, limiting the gaps while agitating the preservation of institutions.

American democracy has always had its fair share of problems and limitations, some imposed by the Founding Fathers, but the idea of ​​sabotaging that regime held back the most deceitful.

My biggest fear in anticipation of Tuesday's vote therefore lies in the lack of a sense of urgency among a majority of voters. They are well 71% to consider that their democracy is not going well, but only 7% to consider that it is a problem which we must attack as of now.

When we travel for going to vote, we often do so while thinking about our daily lives, with our noses glued to the window. Democrats are right to cling to abortion and Democratic issues, but Republicans are more attuned to the immediate needs of many voters. Surviving and paying the bills trumps everything else.

I'm afraid thinking only of gas prices or inflation (the issues at the top of the list ), American voters do not forget the most important part of the exercise: they can still express their will and it is respected.