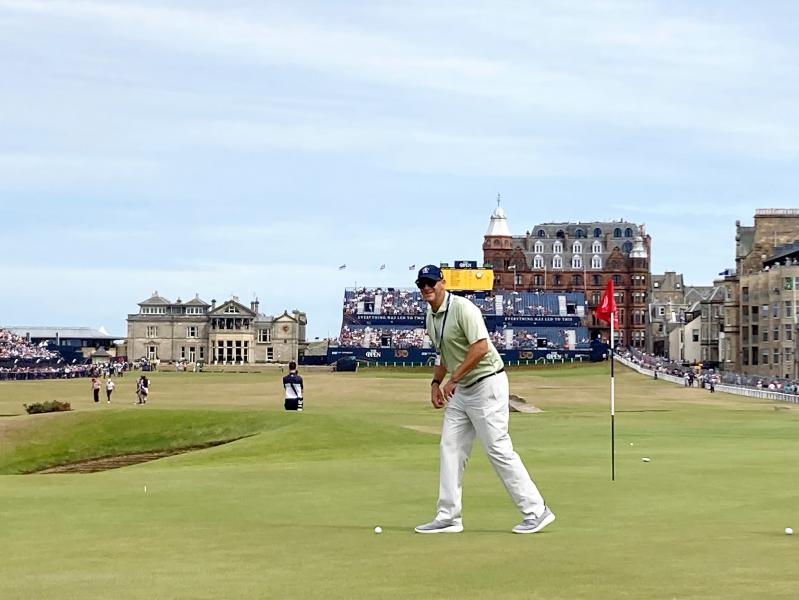 ST ANDREWS, Scotland | At the other end of the Old Course in the early afternoon yesterday, there was a little smell of salty air and…hockey. Even though he walked the fairways and greens of the birthplace of golf, Derek Ingram was still floating on cloud nine after his son was selected for the NHL.

“Frank, were you at draft last week? the friendly Corey Conners coach and Men's National Team Instructor said when he saw me on the 12th green.

“It was amazing,” said- he immediately added after my negative answer to his question. 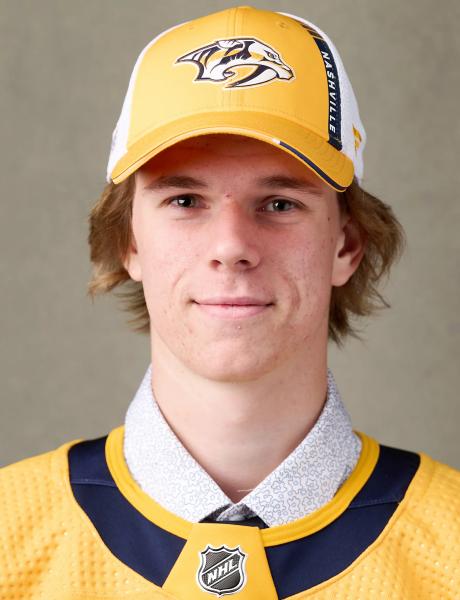 Last Thursday and Friday, he put golf aside to accompany his son Adam to the Bell Center during this great moment.

A true fan of the Toronto Maple Leafs, his allegiances have now changed since son donned the Nashville Predators jersey in the third round (82nd overall pick). He will also have to learn to listen to country music.

The day after this moment of rejoicing, on Saturday morning, he jumped on the plane in Montreal for Scotland. Within hours, the proud dad and renowned instructor went from the mecca of hockey to the birthplace of golf.

“It’s really special and unique. These last few days have been the happiest of my life,” said the 52-year-old man.“I love hockey and golf, he added, all smiles. My son now belongs to an NHL team and I am here in St Andrews guiding the athlete I have worked with for almost 12 years and who is experiencing the joy of competing in the British Open for the first time on this journey. »

If he set foot at the Bell Center for the first time last week, Ingram is not on his first pilgrimage to this mythical Scottish place bordering the North Sea. He came there during an amateur championship. But the journey is still just as special.

Just yesterday, he immortalized this moment with the one he considers his third son, Corey Conners, on the famous Swilcan Bridge. It is the small stone culvert overlooking the creek crossing the 18th fairway.

Although this memory will stay with him forever, he has then stopped talking about the auction in Montreal. A real Canadian. Hockey…and golf.

“I was a fan of the Leafs, my brother of the Canadiens and my father of sports. The house vibrated. I have always loved the history and the rivalry between these two great sports franchises in the country. The Lafleurs, Béliveaus and co. have always intrigued me.

“I absolutely loved my week in Montreal. The Canadian organized a very nice event in the most beautiful arena in the league. Behind the scenes, I even heard several people say that this selection session should always be held at the Bell Centre. The atmosphere was sensational and the club surprised with the first selection by going there with Juraj Slafkovsky.

The Ingrams were in the amphitheater Thursday night since Adam might have heard his name in the first round. In his first season with the Youngstown Phanthoms in the USHL (a junior league in the United States), the forward impressed by totaling 55 points in 54 games. At the combinationin Buffalo, he had faced 27 teams and had been predicted a possible selection among the first 32 picks.

“I am very proud of him. It is a dream now come true. Winnipeg natives, my wife and I wanted our sons to play hockey because Manitoba has a long winter,” Ingram joked. He believed in himself and we always supported him because he worked so hard. »

Although Derek doesn't handle the hockey stick like a golf club, he has been able to give his son sports advice over the years. After all, these two complementary sports have several similarities. And co-author of a book on sports psychology, he knows a bit about it.

“When I talk to him about sport and give advice, I try to put emotions aside like I'm an instructor. I often told him not to think too much and to overanalyze situations. Keep it simple and follow your instincts. It's good for both hockey and golf. You have to play with that feeling.

“In golf, the worst thing is to start thinking too much and dissecting everything. »

This is valuable advice for both those who push the little white ball on the fairways of the Old Course and those who push a puck on the ice of the Bell Centre.

With the delays, delays and madness at airports for several weeks, I was skeptical of finding all my packages at their destination on time. A stopover in Dublin before heading for Glasgow did not convince me. Hundreds of bags were stacked near the carousels. Ditto once in Scotland. I miraculously received my suitcases on time. In short, a flight delay of nearly three hours at Montreal-Trudeau and another 75-minute delay in Ireland surely helped. Fingers crossed for the return next week!

To celebrate the 150th anniversary of the Open, the organizers presented the “Celebration of Champions” yesterday. This small tournament of 10 teams brought together winners of the Omnium with golfers, both professional and amateur. Teams of four players tallied the two best scores on each of the four holes. From Gary Player and Lee Trevino to Jordan Spieth and Collin Morikawa, via Tiger Woods and Nick Faldo, we even saw Jack Nicklaus on the Swilcan Bridge. Several scribes recounted having heard crisp and delirious stories on the mounds. The good mood was there. Faldo's team, made up of three other winners at St Andrews, namely Louis Oosthuizen, Zach Johnson and John Daly, triumphed at -6.

The controversial LIV Golf series continues to disturb. This weekend, the R&A explained that it did not invite the great manitou of the new circuit and double winner of the Open, Greg Norman, to the dinner of champions organized this evening, to avoid that it is a distraction during the 150th anniversary celebrations. Respecting the man and the athlete, Jack Nicklaus was content to say that he was not on the same page as his friend when it came to the new league. Having won the Claret Jug in 2013 and having joined the LIV series, Phil Mickelson has meanwhile decided to skip the event. None of the golfers in the Saudi-powered series appear on the press conference schedule ahead of the tournament. And in practice rounds, these come together. We feel the division reigning. The battle has only just begun as the US Department of Justice has let it be known that it will investigate the PGA Tour, which banned its players who joined the international series. The PGA Tour may have violated antitrust laws.