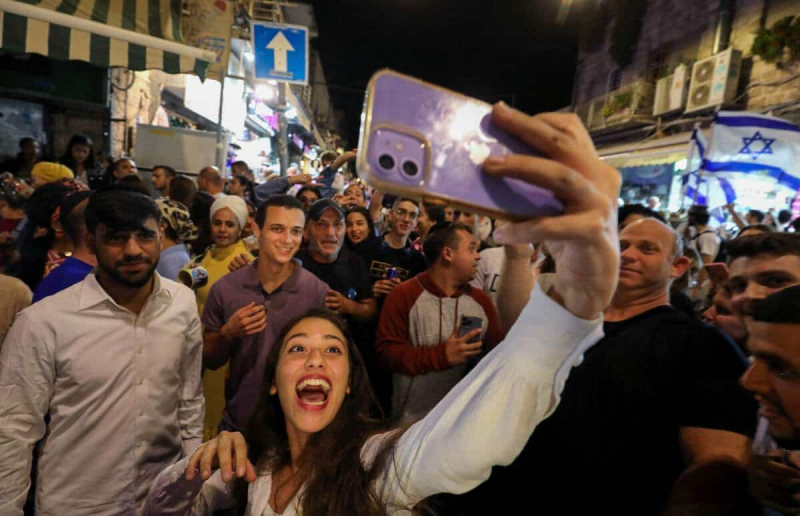 A sharp verb with an almost frenzied delivery, confident draw despite his 21 years, the star of Israeli social networks Hadar Muchtar tries to get his party into Parliament by tackling the problem of high cost of living, at large shots videos on TikTok.

400,000 views for one video, 700,000 for another, the influencer took advantage of her success to found her political party, “Tzeirim Boarim” (Young People on Fire), which she chairs, for the Israeli legislative elections on November 1 . Unlike the big parties, it does not have a well-oiled political machine behind it but two assets: its mastery of the Web and a clear message addressed to disillusioned youth.

Until now, many Israelis had only seen the activist with long black hair on their smartphones. Because it is mainly on social networks, with its more than 103,000 subscribers, that Hadar Muchtar is campaigning, in an attempt to bring Tzeirim Boarim into Parliament, the Knesset, for the fifth elections in three and a half years in Israel. .

“We want to reduce the cost of living. Living in Israel is really difficult for young people like me”, confides the young woman to AFP who followed her in the countryside, to see how the transition from virtual to real took place.

On a warm autumn evening at the Mahane Yehuda market in central Jerusalem, the candidate, accompanied by a handful of activists, energetically chanted into a microphone: “We have no money to live here!”< /p>

“We want to bring down the prices of apartment rentals and transport tickets,” she says to the crowd of onlookers who applaud her. “We are coming to make a youth revolution in Israel!”, she proclaims in the crowd, between two selfies with sympathizers.

It was during a university exchange in Germany that the computer science student began to publish videos on the TikTok platform comparing the prices of products in Germany, which were much cheaper than in her country of origin.

< p>According to a study published at the end of September by the Israel Democracy Institute (IDI) research center, prices in Israel are 40% higher than those in the Euro zone and 17% higher than in the United States.

“I post a lot of videos because that's all I have, I don't have money for big posters,” says the contestant.

< p>“She fights for ideas that I support,” agrees Yalli Zikri, 21, who walks with her family from Ashdod (south) in the crowded market. “I am with her,” she told AFP. “It is time for young people to enter Parliament,” adds his father Ilan, 52.

“We have had the same politicians for 20 years,” says Hadar Muchtar who wants “bringing new blood into the system”.

In Israel, the law sets an eligibility threshold of 3.25% of the votes cast to allow parties to bring four deputies into Parliament out of 120. If Tzeirim Boarim, credited with approximately 1% of voting intentions, exceeds this threshold, the young influencer will not be able to sit in the Knesset, because she had not yet reached the age of 21 at the time of the filing of the lists, as the law requires of future elected officials.

“I can't sit in the Knesset but I can be a minister”, a position that does not require a minimum age, notes Hadar Muchtar, who advocates the organization of referendums on sensitive issues such as the Israeli-Palestinian conflict.

If she enters parliament, her party will form a government coalition with the highest bidder, she argues.

“I will go with the person who give what we want,” she said, whether it's Benjamin Netanyahu, a former right-wing prime minister charged with corruption but seeking a new mandate, the centrist and current prime minister Yair Lapid or the former leader of the army Benny Gantz at the head of a center-right formation, the favorites of the ballot.

“Someone has to carry this fight”, declares the young man who nevertheless intends to vote for Itamar Ben Gvir, the far-right candidate who also has the wind in his hand. stern among the youth of the country. “But I wish him success!”, he slips about Hadar Muchtar.