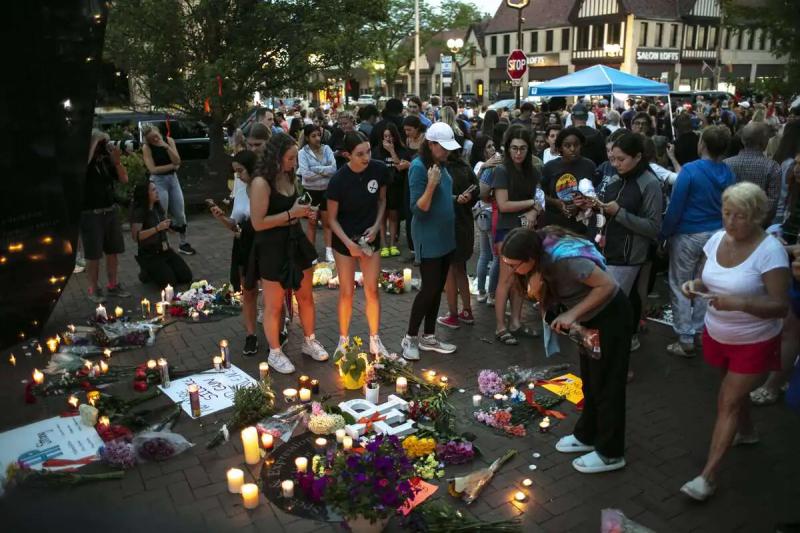 A fundraiser launched online to help a two-year-old child whose parents died Monday in the shooting near Chicago exceeded $2.5 million on Wednesday, according to the site.

Irina and Kevin McCarthy, 35 and 37, were attending the Fourth of July Parade in Highland Park when they were shot by a sniper on the roof of a business.

In panic, locals took in little Aiden and brought him to safety before launching a search warrant to find his loved ones.

He was later picked up by his grandparents, according to authorities who confirmed on Tuesday that both his parents were among the seven people killed.

Arrested on Monday after being on the run for several hours, he was charged with murders and faces life imprisonment.

The amount of the kitty created Tuesday on the participative site GoFundMe had been placed at 500,000 dollars. As of Wednesday afternoon, it topped $2.5 million from more than 46,000 donors.

One of them is billionaire philanthropist William Ackman, who donated $18 000 dollars, according to the site. On the day of the tragedy, he had denounced on his Twitter account the inaction of the authorities in the face of the shootings and on Tuesday, he had retweeted a photo of the little boy.

“Aiden will be taken care of by his family who loves him and he will have a long way to go to heal, find stability and live as an orphan, “wrote the organizer of this kitty, Irini Colon, claiming to have had the approval of the family of the child.