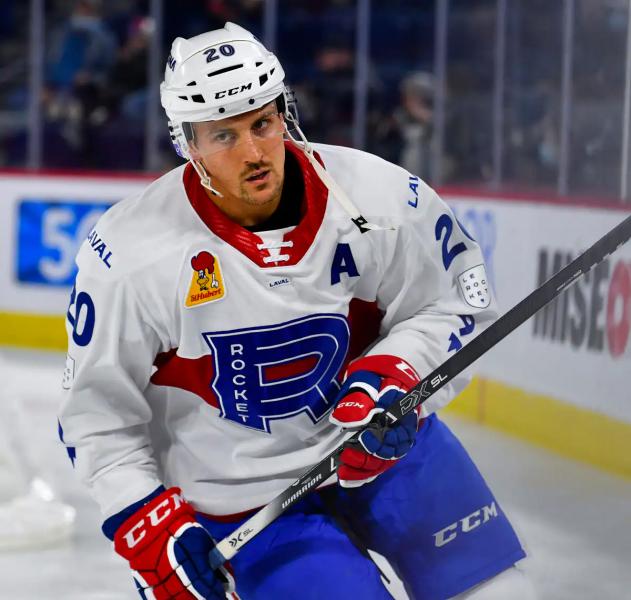 The Laval Rocket announced on Sunday that they have reached an agreement with forward Gabriel Bourque on the terms of a one-year, one-way contract in the American League.

The Quebecer was a member of the Montreal Canadiens' training club last season. In 67 games, he amassed 11 goals and 17 assists for 28 points.

Bourque had decided to give up the 2020-2021 campaign due to the COVID-19 pandemic. He had spent the previous season in the National Hockey League (NHL) with the Winnipeg Jets. The Rimouski native also played for the Nashville Predators and the Colorado Avalanche in the best league in the world.

In addition, the Rocket also secured the services of goaltenders Philippe Desrosiers and Joe Vrbetic .

Both men signed two-way, one-year AHL contracts, meaning they could play with the Trois-Rivières Lions in the ECHL.

< p>Desrosiers spent the majority of last season in a Lions uniform, where he posted a 19-13-1 record, a .902 save percentage and a 3 goals-against average. ,09. He also played four games with the Manitoba Moose in the AHL.

For his part, Vrbetic has just concluded his stay in Canadian junior hockey with the North Bay Battalion. He was a seventh-round pick (214th overall) of the Habs in the 2021 draft.