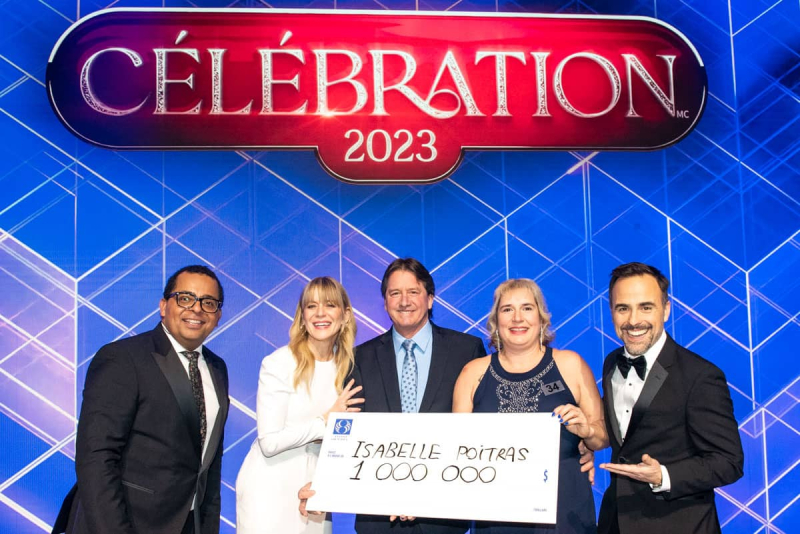 The luck turned in favor of Isabelle Poitras, who held the 34 ball, during the playoff draws, which brought together 40 finalists from several regions of Quebec.

Thanks to the million dollars won, Ms. Poitras said she wanted to fulfill her dream of visiting Italy, which she described as “the land of wine and love.” The winning ticket was purchased at the IGA located on Bridge Street in Ormstown.

The winner also plans to acquire a cottage for her retirement thanks to the prize won.

Also note that during the evening, Eric Dennemont, a resident of Chicoutimi, and Maria Perugini, a resident of Longueuil, each won the sum of $100,000.

Recognized artists and a host of prizes to win

Several prizes were also drawn for ticket holders at home, including a $5 million jackpot and five $1 million prizes. All the winning numbers can be found on the Celebration 2023 page of the lotoquebec.com site.