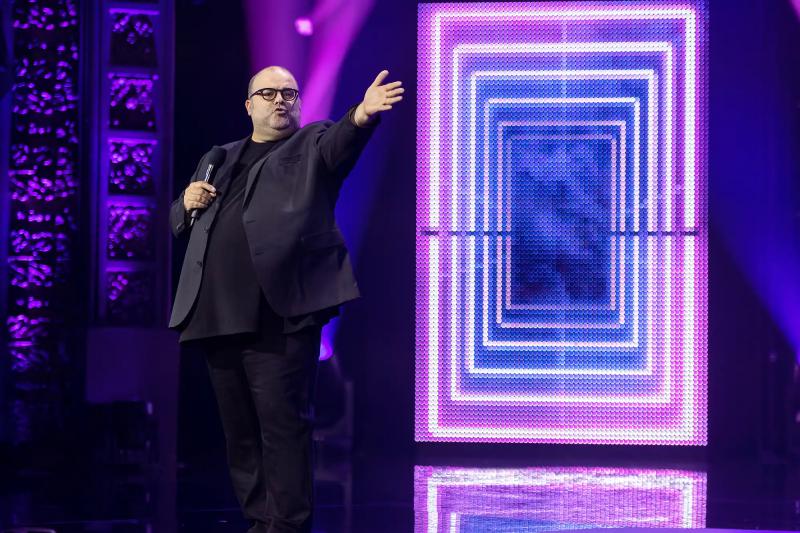 For the ComediHa! which he hosted for the very first time, Laurent Paquin was very present. We saw him in numbers, solo and with guests, which enhanced an evening with very pleasant humor and in his image.

He said he was approached by the ComediHa! Fest to put a little intelligence in the Gala evenings presented at the Capitole de Québec.

With a friendly face and at ease on the boards, Laurent Paquin launched the Gala with a beautiful entry on the “small talk”, these small innocuous conversations on the street and in the shops.

There is no harm, he said, in talking about the weather and mundane subjects to strangers. No need to go into the big meaningful interactions.

“The dogs 'sniff each other' the fart, we talk about the weather. I prefer the second thing,” he said.

He got a kick out of Facebook birthday wishes that he likened to tsunamis of love.< /p>

” Take your birthday off Facebook, you're going to see that people really don't care about your birthday,” he remarked.

Anthony Kavanagh and Laurent Paquin then played nice comedians without stopping to say a few nasty things. A duo that the guest compared to an Oreo cookie… double cream.

“I invited you to spread love,” Paquin told his guest, reminding him that there had been a lot of hate and negative this year.

Guillaume Pineault has forged links between the professions of priest and comedian.

In an issue on religion, because he wanted to become a priest when he was younger, Guillaume Pineault explained that the profession of comedian was close to that of a priest.

“ I am standing, I say church words, I say anything to you and you listen to me and I too have colleagues who have done unacceptable things,” he said.

< p>Just before the intermission, Laurent Paquin took his ukulele for a very successful number, with topical songs.

“I saw the price of gas and wanted to set myself on fire, but I can't afford it,” he sang. He also made reference to the Montreal Canadiens who, like fruit, don't last long and are rotten the rest of the time.

After the break, he returned for a well shot and very funny about fatphobia. We also saw him in fetus with Simon Boudreault.

Julie Ringuette and Pascal Morrissette then paid tribute to BBs with humorous and revisited versions of Be careful, You're in the moon and Give me my chance which referred to their life as parents.

New dad, Ludovick Bourgeois has joined them, to the great crowd pleaser, to make a new version of Seul au combat.