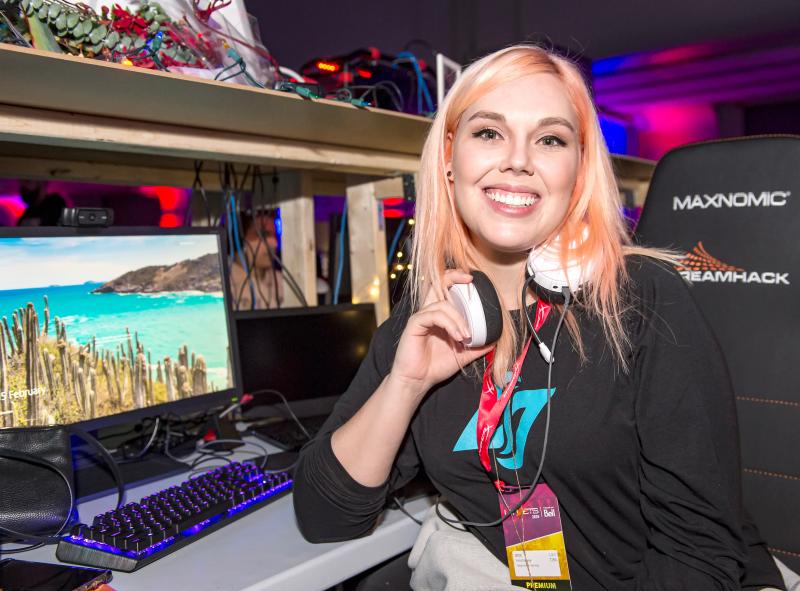 Five-time world champion in video games, Stéphanie Harvey has lost count of the glass ceilings she has shattered during her career. His secret to achieving this? “I always refused to believe that I couldn't accomplish something because of my gender,” she explains.

Her journey speaks for itself.

At the height of her 36 years, Stéphanie Harvey – or missharvey for her tens of thousands of subscribers – has won five World Counter-Strike Championships, was voted the “smartest person in the country” by CBC's Canada's Smartest Person and won the finals of Big Brother Celebrities in the spring last.

She has always gone headlong, especially in the field of video games once considered “a man's world”.

A woman among men

This comment on the male predominance in the video game industry made him laugh for a long time. But she still has to acquiesce in it, to see a certain truth in it.

“Every time I was told about video games as a 'man's world' , I answered “Ah yes?” It is still true that, when I was younger, I had almost no – if any – female role models in the field. But I guess I was a bit naive; I told myself that I could accomplish everything I wanted, ”says Stéphanie Harvey in an interview with Journal.

In short, his roadmap alone could constitute an entire book. But the main interested party had no desire to simply recount her feats of arms – as impressive and numerous as they are – in Gamer and proud of it. Toss yourself flowers and flatter your ego in the direction of the hair? Very little for her, thank you.

Stéphanie Harvey during a game of Counter-Strike.

“Everything that talks about my life and my journey in this book bores me! It's a story I already know, so I don't want to spend too much time on it,” she laughs.

“I still understand that I have to talk about it, that it interests many. So I use my experience to try to change things, to make people aware of different issues,” she continues.

It's been quite a while since Stéphanie Harvey has given herself the mission of putting her notoriety to the benefit of causes that are dear to her. And so much the better if, along the way, she succeeds in debunking certain stubborn myths and preconceived ideas linked to the world of video games.

This time, these are four issues that she puts forward in this first book, hitting bookstores earlier this week: cyberaddiction, cybersecurity, cyberbullying, and cyberwellness or, in his own words, “the 4 Cs of missharvey”.

Because the author does not hide it, the digital universe conceals dark corners on which we too infrequently sweep a so necessary light. Many courses and trainings aim to equip people to use search engines, maximize their electronic messaging system or even quickly find the information that interests them.

But etiquette, decorum and the dangers of the net?

They are too often swept under the rug. And that goes for both social networks and online video games. The latter have, in some circles, a reputation, to put it politely, unenviable.

“Some people believe that playing a video game is a waste of time, or it's unhealthy. Yet it is quite the opposite; it is an extremely healthy activity when it is practiced well”, argues Stéphanie Harvey.

The book Gamer and proud of it< /em> is now on the market.