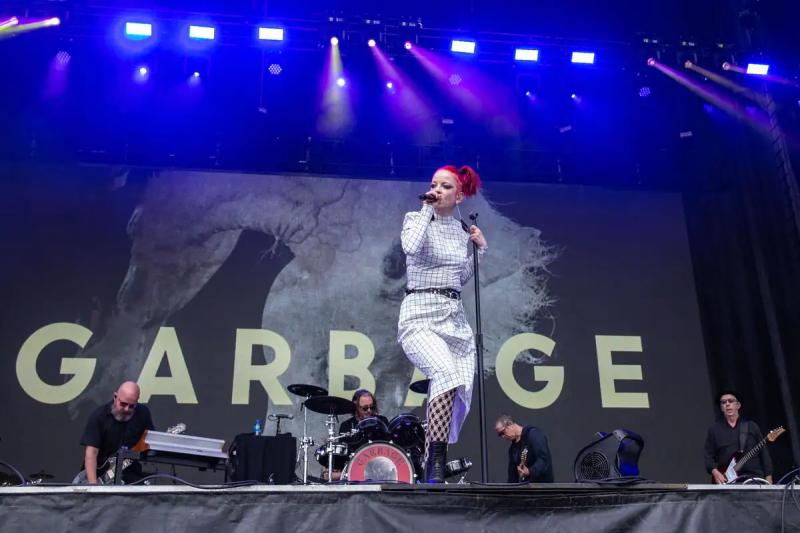 An electro-pop band that emerged through the “grunge” wave, Garbage still exists. Shirley Manson considers herself fortunate to always have the opportunity to sing, all over the planet, the Stupid Girl, Queer, I Think I'm Paranoid and Only Happy When It Rains.

“It's not easy to last in the world of music. It's a difficult environment and I have a lot of respect for the people who are still there after decades,” she said in an interview.

Shirley Manson and her band will perform Friday night, before Alanis Morissette, on the Plains of Abraham.

“We were blessed. There is a symbiosis within Garbage. We have a very creative and working partnership. We accept not to be perfect and to have the help of others. It's healthy on the creative side and that's what makes it possible to survive in an environment that is far from easy, ”she said in June, while on tour with Tears for Fears.

This will be the first visit to Quebec City for Shirley Manson, drummer Butch Vig and guitarists Duke Erikson and Steve Marker, accompanied by bassist Eric Avery, ex-Jane's Addiction.

“You know, you would think, after almost 30 years of career, that we are jaded, but that's not the case at all. We still feel like children. We still like to discover new places and explore cities when our schedule allows it. It's always exciting,” she said.

Spotted by drummer and producer Butch Vig when she was part of Angelfish, the 55-year-old singer admits Garbage has changed his life. Either way.

“I am like everybody else. I grew as a person. I have lived experiences that have helped me to evolve in life. I'm a different version of what I was, but I'm still myself. I haven't changed much. I am more educated”, she pointed out.

Shirley Manson specifies that she has always felt free through the success of the formation which has sold 17 million albums.< /p>

“I was very lucky. This success has never stifled my desire for freedom. I can walk down the street and not be recognized. That's a privilege,” she said.

A Sea of ​​Happiness

On No Gods No Master< /em>, the band's seventh album, Garbage addresses the rise of capitalism, racism, sexism and misogyny across the world. Shirley Manson speaks loud and clear.

“This is my duty to speak. Of course, I could have done poetry, but that's what I am. I am very direct and that is how I feel. I'm scared by everything that's going on right now. There was a certain urgency to talk about these subjects when we made the album,” she explained.

Shirley Manson admits to not being very optimistic for the future.

“Not really. However, I become so when I focus on young people and the generations that will follow. They will have no choice. They're going to have to change things in order to survive. I am still desperate at times. Humans destroy things. I feel like we're watching the world burn and crumble. We will have to take care of this world. I hope that this generation continues to move forward,” she said.

With a 30-year career, the singer of Scottish origins has played in all kinds of configurations.

Shirley Manson loves big festivals and the opportunity to make as many people happy as possible.

“I like to see a sea of ​​smiling faces in front of me. It is very beautiful and it is very difficult to put that into words this image. It is an escape from reality for a few minutes. We do not see individuals, but a sea of ​​happiness, joy and exuberance. It’s wonderful,” she said.

Garbage will perform at 8 p.m. on the Plains of Abraham with Canadian women’s band The Beaches and Alanis Morissette.