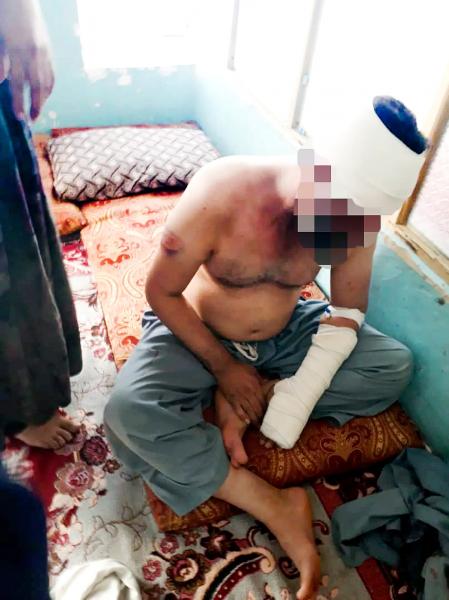 Several former employees of the multinational GardaWorld in Afghanistan, in which Quebec has just invested $300 million, feel abandoned by the company and fear for their safety and that of their families since returning to Taliban power.

Employee cards of GardaWorld staff at the British Embassy, ​​Kabul, where the company acted as a contractor.

In recent days, our Investigation Office has been in contact with a dozen former employees of GardaWorld, whose head office is located in Montreal. The company acted as a sub-contractor until August 2021 to provide security for the British Embassy in Kabul.

One of the workers says he was beaten by the Taliban when his past as a security guard came to light following a traffic accident. Others live in fear and have not been able to find a job for more than a year.

Some 183 GardaWorld employees are affected, a number that rises to 1063 people including family close, according to a report by five NGOs published last month. Many wish to be able to leave the country where they have been stuck for more than a year.

Another ex-employee of the company says he was beaten by the Taliban when they discovered he was working at the British Embassy.

Ex-employees have agreed to speak on condition of anonymity for security reasons.

< p>“Please, please, please, I beg you, carry our silent voices to the authorities of the company GardaWorld”, implored an ex-employee on WhatsApp.

“Since the seizure of power by the Taliban, Garda didn't contact us once […] They didn't even give us the promised money,” another wrote.

The case of former Garda employees in Kabul has been the subject of major media reports, including the BBC.

A new scheme has recently been set up by London to allow Garda personnel to express their interest in immigrating to England.

In an interview, a spokeswoman for Human Rights Watch, Yasmine Ahmed, said however expressed concern that the program may not allow everyone to be relocated.

Garda maintains that its bank accounts were frozen in Afghanistan and that it was therefore not possible to pay severance allowances to its ex-employees, as the company would have liked.

A driver for Garda was beaten by the Taliban who had warned him not to work for foreigners, according to a testimony. He was attacked after going to withdraw money from the bank.

“We have not forgotten the former members of our staff and we are in frequent contact with several of them. We were outraged and deeply saddened to hear of cases of abuse,” Garda's media relations team wrote.

The company says it has been able to get out of the country most of its staff by August 31, 2021 and no longer have any active employees.

A Garda driver told us that until August 14, 2021, he was evacuating Britons in armored vehicles to Kabul airport. He told us that he now changes house every three months because he wants to stay alive. “GardaWorld had to support us and [help us get repatriated] but no, Garda was just here to make money,” he wrote to us.

A CCTV operator who worked for Garda from 2020 to 2021 says he was beaten by the Taliban after having a road accident. He was then identified as a worker at the British Embassy. He had to pay a sum to get out of prison. According to him, several of his ex-colleagues were beaten and their house burned down.

He doesn't go out anymore

According to a former employee, the company tried to evacuate its staff from the country in August 2021, but a suicide bombing at the airport made it impossible. “We are caught in Afghanistan between the Taliban and it is a great danger to our lives,” he said. He told us he needed food, clothes and medicine for his family.

“Please, please, please, please carry our silent voices to the authorities of the company GardaWorld”, implored us another ex-employee on WhatsApp who has four children in Afghanistan, including two young girls. They want to emigrate to England, but he says they have not received any support from the company in the steps necessary to achieve this.

Quebecers fear for their relatives

Samaia Mohebi, a woman of Afghan origin who has been living in Quebec for a few years, is worried about the safety of her brother-in-law who worked for Garda.

Laval residents of Afghan origin fear for the safety of family members who are former Garda employees in Afghanistan.

“My brother-in-law cannot work in Afghanistan at the moment, because if we see his CV, he will be beaten,” said Samaia Mohebi, met at her home by our Investigation Office.

He had to sell his car to meet the basic needs of his family, according to his testimony. He survived by receiving, in particular, money from his relatives in Quebec. The former Garda employee in Kabul has three young children, including a 13-year-old daughter.

“The children haven't been to school for two years,” she said.

“My cousin cannot go outside. It's very dangerous. If the Taliban find out about his past, they will kill him,” said Manizha Amani, another Laval resident we met.

Women are doomed to a miserable future under the Taliban regime, according to the two women. The ruling group recently largely banned secondary education for girls and enforced face veiling in public.

According to Dr. Sara de Jong, a lecturer in political science at York University and co-founder of the Sulha Alliance, Garda no longer seems to be communicating with her ex-employees stuck in Afghanistan.

Herself has been in contact with several of them to try to help them get out of the country. She says Garda obviously cannot issue visas, but the company has a responsibility to do everything in its power to keep its Afghan ex-employees safe.

“I have not heard GardaWorld, at least publicly, lobby the UK government on behalf of its employees,” she said.

In recent years, Garda has been embroiled in other hot issues around the world

In 2014, Daniel Ménard, a former senior Canadian army officer then head of Garda in Afghanistan, was arrested and imprisoned in Kabul for arms trafficking, before being released a month later

In 2007, four Garda agents were killed in Iraq during a hostage situation. Five years later, the only survivor hostage accused Garda in the media of having wanted above all to save his image

In 2019, the company's Brussels offices were raided as part of a corruption investigation related to a contract in Somalia. To date, no charges have been laid in this case

In January, our Bureau of Investigation revealed that Revenu Québec was interested in the expenses and remuneration of the CEO of Garda, Stéphan Crétier. There is currently no public dispute between Mr. Crétier and the tax authorities.

The underside of $300 million in aid

Quebec invested $300 million in Garda at the end of August following discussions between the team of the Minister of the Economy, Pierre Fitzgibbon, and the big boss of the company.

“We sat down with Stéphan Crétier. We prepared a plan and we said: “we would like that not only would you consolidate your head office here, in Montreal, but also that you increase the number of staff, especially on the cybersecurity side”, reported Minister Fitzgibbon in August in the Journal, the day of the announcement of the investment.

According to the terms of the agreement then disclosed, the investment by Québec consists of “a private placement in preferred shares of GardaWorld”.

Contacted this week, the Ministry of Economy would not say whether the issue of Garda workers stuck in Afghanistan had been raised during the negotiations.

“All investment files are subject to a due diligence process. As the negotiations surrounding the investment are confidential, the Ministry of Economy and Innovation will not issue any comments on this subject,” wrote Marilyne Audet, editor in the public affairs department.

Recall that Quebec had shown itself willing, in April 2021, to lend $310 million to Garda, this time to enable it to outbid in order to acquire the British security firm G4S.

It was ultimately the American company Allied Universal, in which the Caisse de depot et placement du Québec is an investor, which got its hands on the firm.

The concurrent interest of Allied and Garda in G4S led to a high-profile war of words between the CEO of Garda and the Caisse in 2021.

“Our Quebec employees cannot [. ..] understand the reasons that motivate “their” Caisse de depot to invest in a company that has been the subject of many scandals,” Mr. Crétier argued at the time.