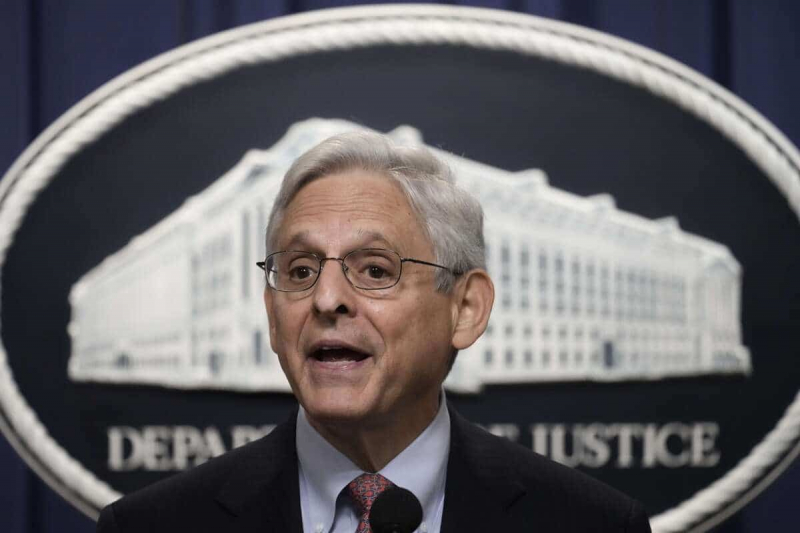 In 2021, Mary Trump suggested that Attorney General Merrick Garland was an 'idiot' for not prosecuting her uncle for the riot of the Capitol. Garland deserves the qualifier even more today.

According to her, it was “dangerous” not to charge her for the January 6 insurrection. I would add for not having done so also for the multiple other crimes he has committed.

Mary Trump predicted: “The problem is that this is the last time this is going to happen. – this is literally our last opportunity”. She was probably right! Here's why.

The former judge, obsessed with fairness and neutrality, is unable to counter the threat Trump poses to American democracy. Garland, whom Biden appointed a day after the insurgency, said his priority was to restore the Justice Department's reputation as an apolitical body.

His apparent indifference about the Capitol riot is particularly troubling. When Biden said he hoped those who defy the Jan. 6 commission's subpoenas would be prosecuted, Garland's spokesperson said the department would “make its own independent decisions based solely on the facts and the law.”

Garland's legal institutionalism applied to Trump now risks collapsing like a house of cards. It could even backfire on him, Biden and the Democrats as polls indicate they will lose their slim majority in the Senate and House of Representatives in the midterm elections.

Republicans are sharpening their knives

Trump co-plotter Steve Bannon predicted on Fox News Friday that Garland and FBI Director Wray would lose their jobs as soon as Republicans would win the House. Bannon had just been sentenced to four months in prison for defying his subpoena to appear before the January 6 commission. We wanted to ask him about his efforts to overturn the results of the 2020 elections.

And there's the FBI's search of Mar-a-Lago where Trump was illegally keeping secret documents, violating the Espionage Act.

Bloomberg reports that prosecutors believe he is enough evidence to charge Trump with obstruction. But, given Garland's hesitation, that won't do until the November 8 election. And never after if the Republicans win given the political chaos in which the country will be plunged.

Polls have shown that the FBI raid has strengthened the position of the former president among voters in right.

Garland seems to believe that most Americans, exhausted by the Trump years, welcome his neutrality and reticence. He is dead wrong.

Garland has become the unwitting henchman of the former lawless president. Because of his legal dithering, he's kind of “normalized” Trumpism heading for a victory in 2024.