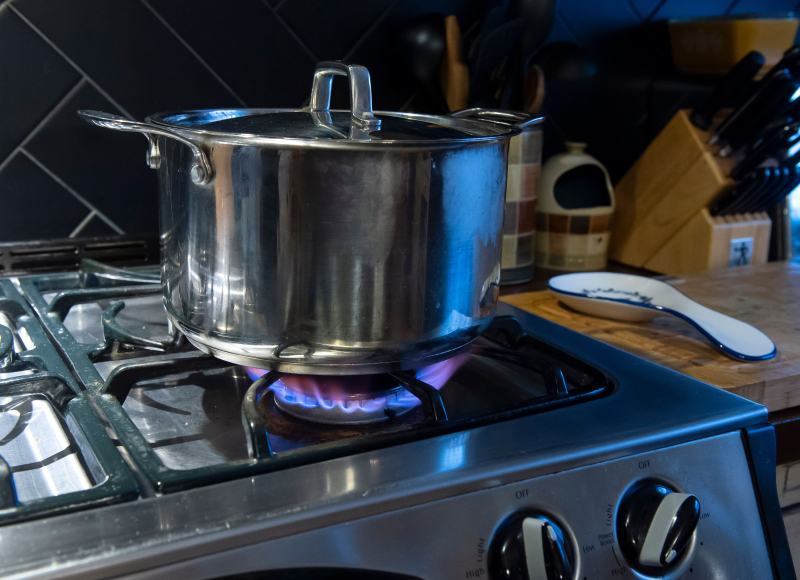 The largest natural gas distributor in Quebec has discreetly removed two pages from its website promoting gas stoves, a few days after the release of doctors and environmentalists on the risks related to these appliances.

In the pages of the Journal on Tuesday, a group made up of doctors and environmentalists in particular asked the Legault government to ban gas stoves.&nbsp ;

A recent study published in the Journal of Environmental Research and Public Health, which joins several others published in recent years, claims that 12.7% of childhood asthma cases in the United States are attributable to these devices.

However, we had found two articles on his site extolling the merits of gas stoves. In one, we could read “the natural gas stove will prove to be a great accomplice of your best dishes” or even “with a natural gas stove, preparing the meal has never been so pleasant! »

Another text described commercial stoves as “ideal and indispensable”. Following the publication of our article, these two articles have been removed.

We contacted Énergir to find out more, but at the time of publishing, we had not yet heard back.

Meanwhile, the customer services of the two Quebec gas companies, Énergir and Gazifère, seem to minimize the risks associated with these devices despite numerous studies on the subject.

< p>We made several calls to find out what information was sent to concerned citizens. Systematically, we were told that Énergir was content to distribute gas, but did not promote the device.

Clerks insisted on the importance of good ventilation when using a stove, regardless of the energy source (natural gas, electric, etc.).

As to the dangers , we cite only cooking fumes and we add that they are present, regardless of the energy source. The various clerks also suggested that we rather go and read the “reviews” of consumers before choosing the model of stove.

“It is to go and see what is said: has there been a malfunction, does the device last a long time? That too is important because you are going to invest a good amount for something of quality or not, so I think it's more the checks to be done other than: “is it dangerous or not”, because natural gas, many people use it, yes it is a fuel, but everything is done to keep it safe for the customer,” we were told.

A clerk suggested turning to a certified plumber for appliance maintenance and getting the information needed for safe use.

As for Gazifère, we are simply told: “There would be no natural gas cookers on the market if it were dangerous”, before adding that the article published this week was simply trying to scare people. No notion as to the importance of ventilation was mentioned.

Despite the group's request to ban these stoves and to summon the gas distributors to a parliamentary committee to shed light on the situation , the government has not always issued a comment.