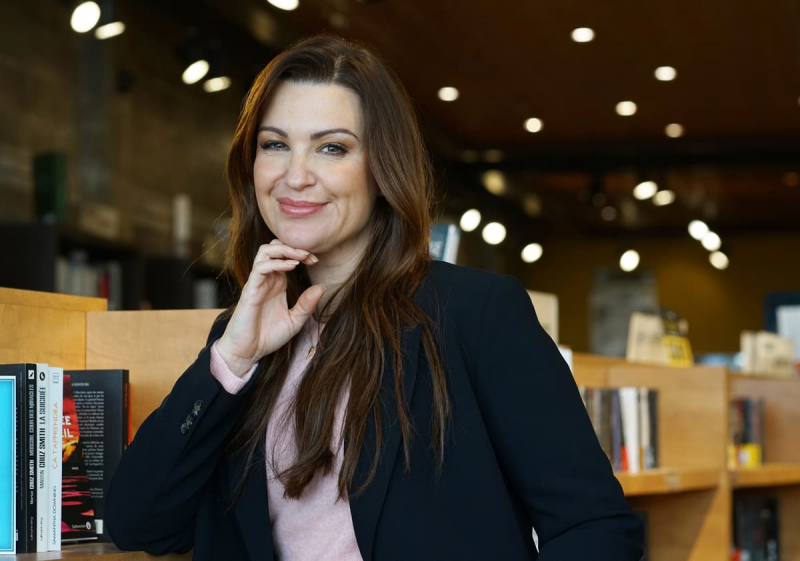 After winning over thousands of readers with The Goddess of Fireflies, published in 2015 and adapted for the screen, Geneviève Pettersen tells the story of a couple who separate in her new novel, The Queen of Nothing. This novel -de-poist, extremely contemporary, realistic and very intense, bears witness to the causes and consequences of a breakup. But it also talks about fidelity and infidelity, conditioning, appearances, molds that society imposes, impulses, choices that we make. A mirror of today's society.

The Queen of Nothing, a novel to be read in one go, tells the turbulent story of a couple at the time of their break-up. Catherine, an ambitious journalist, ready for anything, feels limited by the constraints that are imposed on her and that she imposes on herself, especially regarding her appearance.

The heroine, who was a teenager in The Goddess of Fireflies, became an adult. She is going through a difficult time in her family life and her maternal love is not always unconditional. One day, she decides to text a little more seriously with a handsome engineer, Mathieu. He is also a couple. He is also a father.

From text message to text message, from meeting to meeting, from coffee to whiskey, the relationship is woven. The physical bond intensifies. Catherine and Mathieu fall in love. Then everything falls apart in their personal lives, each on their own.

“I wrote this book for all the people who have separated. .. or who have not separated. Really”, declares Geneviève Pettersen from the outset, in an interview.

“Beyond literature, I think this is a theme that touches a lot of people. I also have the impression that people are often in distress, regardless of the choice they make, moreover: the choice to stay or the choice to leave.”

How far is the novel autobiographical?

“It's a lot less autofiction than The Goddess of Fireflies, because I have evolved a lot as a writer since then. But I'm 40 years old. I separated, it will be five years now. I have a lot of people around me who have separated or who are separating at the moment because this is the age when it often happens.”

“A lot of things have been told. In autofiction, of course you start from yourself, from things that you felt, thoughts, not necessarily that happened to you personally, but that went through your head. And at some point, it goes through the loom of writing and it becomes something that is completely outside of you. It becomes fiction.”

For Catherine, a careerist, there is nothing more that matters in life. His ending relationship with Fred and beginning with Mathieu, his relationship with his children, his personal life now come to the fore. Too bad for the rest.

“This is the story of an explosion. The question of the couple is a subject that is very much explored. In recent years, we have begun to see works that address the issue of separation. That moment, the eye of the storm, that's how I felt when I parted ways. I felt like I was in a tornado. I couldn't see the end of getting back to a normal life.”

Geneviève thinks that Catherine loses a lot of feathers by separating.

“I don't know a person who broke up and said to herself, even though she knew it was the right thing to do: I'm 100% sure of my shot. There are always downsides.”