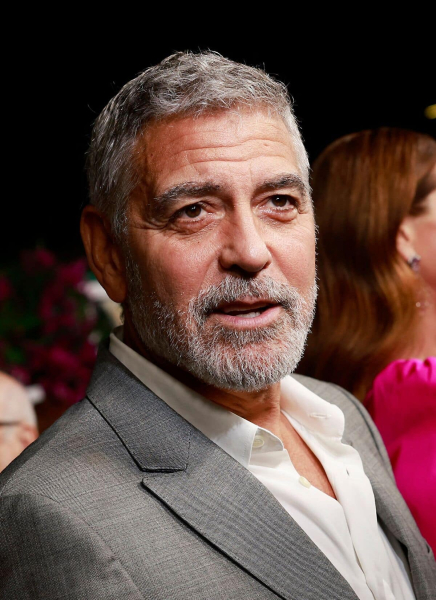 George Clooney and the Irish rock group U2 are among the personalities who receive the honors of the Kennedy Center, the most prestigious cultural award in Washington, on Sunday, in the presence of Joe Biden.

A host of stars from Hollywood and all of Washington will also be celebrating the careers of great soul singer Gladys Knight, Cuban-born bandleader and composer Tania Leon and the evangelical gospel singer Amy Grant, during this gala evening, which is the 45th edition.

Joe Biden and his wife Jill, as well as Vice President Kamala Harris and her husband Douglas Emhoff, must attend this prestigious evening in the great cultural center of the American capital, which ex-President Donald Trump, very unpopular in the world of American culture, had shunned throughout his tenure.

A series of celebrities will follow one another on the stage of the Kennedy Center to pay tribute to those honored on Sunday, who will have previously participated in a private reception at the White House with the Bidens and a few handpicked guests, the day after a dinner of honor on Saturday evening at the State Department, in the presence of the head of American diplomacy Antony Blinken.

The show will be broadcast by all major American channels on December 28.

Oscar-winning actor George Clooney, 61, and his wife Amal, a human rights lawyer, are particularly expected this year on the red carpet. Star of the film “Ocean's Eleven” and “Batman and Robin”, who also directed and produced several films, he said he was honored to receive this tribute.

“I who grew up in a small city ​​of Kentucky, I never imagined I would ever be seated on the Kennedy Center Honors Balcony,” he said in a statement. “To be mentioned alongside the rest of these incredible artists is an honor.”

Dubbed the “Empress of soul”, Gladys Knight, 78, said she was “infinitely touched”.

“The Kennedy Center's dedication to art is unparalleled and I am so grateful,” she added.

Singer and philanthropist Bono and his band U2, which sold $170 million of albums in the world, are honored for mythical titles like “Sunday Bloody Sunday”, “Desire” and “With or without you”.

< p>Winner of the Pulitzer Prize for Music for her opera “Stride,” 79-year-old Tania Leon is known for her innovative and powerful compositions, blending classical music and Cuban rhythms, as well as her chamber music.

The first Christian music star to be recognized by the Kennedy Center, she said that “never in (her) wildest dreams” did she expect to receive the award.

“ Over the years I have seen many of my heroes celebrated by their fellow artists, always moved by the cap the ability of movies and music to bring us together and find the best in us,” she added in a statement. “Thank you for widening the circle for all of us.”