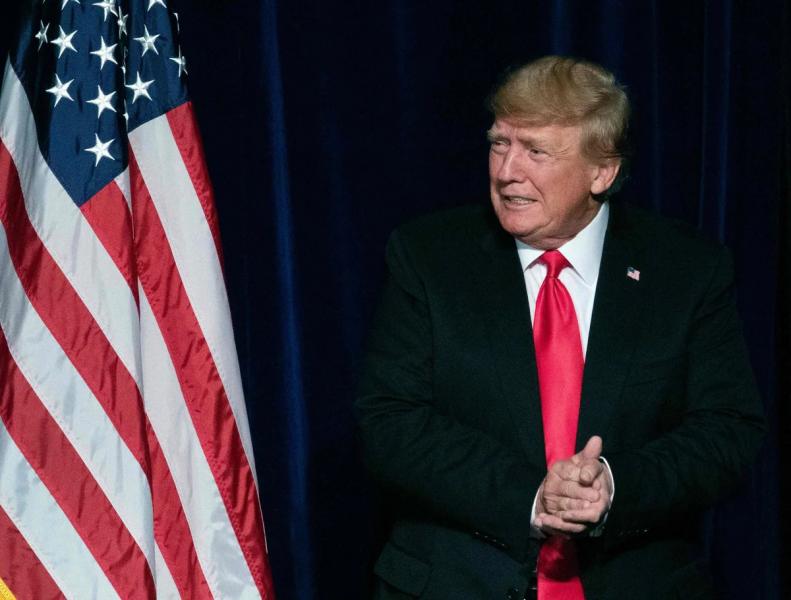 If the search of his residence by the FBI and the public hearings of the congressional inquiry into the storming of the Capitol have intensified the pressure on Donald Trump, it is the investigation in the American state of Georgia that could cause his downfall, experts say.

The investigation into the former president's attempts to reverse the result of the 2020 presidential election in this southern state is closely scrutinized in the political sphere, especially as he flirts more and more openly with the idea of ​​a new candidacy in 2024.

After his defeat, Donald Trump – who lost Georgia by a hair's breadth to Joe Biden – immediately denounced electoral fraud. Despite three new counts, no evidence of major fraud was found and his team's complaints were dismissed.

But the 76-year-old Republican had asked Georgia Secretary of State Brad Raffensperger to “find” 12,000 ballots in his favor to overturn the outcome of the vote in a publicized phone call.

In a memo published in October 2021, lawyers from the Brookings Institution think tank believed that there was “a significant risk of prosecution” for the billionaire in this key state.

Fani Willis, District Attorney of Fulton, which includes Atlanta, appointed a grand jury in May to determine whether there was enough evidence to prosecute Donald Trump.

At the end of this long investigation, the ex-president could be charged with charges related to electoral fraud and interference, according to legal experts.

Mr. Trump, who denies any wrongdoing, could also be prosecuted under a law usually used to bring down members of the mafia.

Fani Willis has already managed to collect testimonies from figures in the circle close to the former real estate magnate, in particular his ex-personal lawyer Rudy Giuliani, who himself is the subject of a criminal investigation.

A judge has also demanded that the Republican Governor of Georgia Brian Kemp, castigated by Donald Trump for having certified the victory of Joe Biden in the presidential election, testify in turn after the legislative elections of November 2022.

< p>Brad Raffensperger and Georgia Attorney General Chris Carr, who was also pressured by the ex-president, have already been heard by the grand jury.

Donald Trump's former chief of staff, Mark Meadows, is himself in the crosshairs of justice, as is Republican Senator Lindsey Graham, a close ally of the former president, accused of having suggested not to take into account counts mail-in ballots in Georgia, which he denies.

“The fact that Fani Willis is seeking testimony from others close to Donald Trump, including Mark Meadows, shows the seriousness of this investigation, and how worried Trump should be about the risk of prosecution,” tweeted Noah Bookbinder, chairman of the group. anti-corruption Citizens for Responsibility and Ethics in Washington.

A list of prominent witnesses does not guarantee that the lawsuits will have a solid foundation, nuance however Kevin O'Brien, lawyer and former federal prosecutor in New York.

State attorneys generally have less expertise in these kinds of cases than the Department of Justice and could opt for “a wait-and-see approach,” O'Brien continues.

“So far, Donald Trump has managed to evade all responsibility for his actions, whether in Georgia or elsewhere,” he adds.

But for some specialists, the investigation into Georgia is different than the Department of Justice and would have a better chance of resulting in an indictment.

For David French, a conservative political analyst, Georgia is the main risk of legal action for the former president.

“Let's say he's the sheriff of a small town and he calls an official in charge of overseeing the county election and says, 'I need 50 more votes. , otherwise you risk ending up in prison,'” Donald Trump would probably have already been charged, he explained in his podcast The Fifth Column.

“But this is the former president of the United States. Indicting him is a really big deal. And I don't know if it's going to happen but, in my opinion, Georgia has always been the biggest threat to him,” he continued.