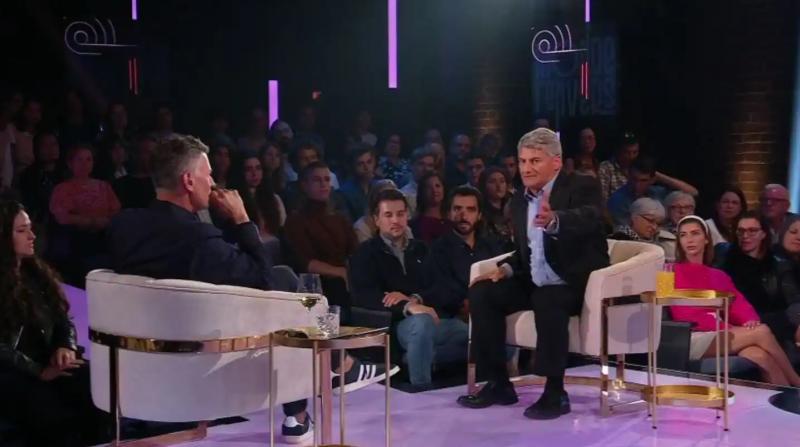 Gérard Deltell said he was disappointed and angry at the treatment reserved for his former colleague Alain Rayes.

Remained discreet since the arrival of Pierre Poilievre at the head of the Conservative Party of Canada, the MP for the riding of Louis-Saint-Laurent said he was angry when he received the text message sent to party members urging them to call the office. constituency and to demand the resignation of MP Alain Rayes.

It was on the set of the program “Le monde à l'envers” that Mr. Deltell, who supported Jean Charest in this race for the chiefdom, commented for the first time on the situation. “When I saw that, it really made me angry, like all the colleagues elsewhere,” he said.

The Conservative Party of Canada apologized at the end of the week on its Twitter account for this so-called automatic sending. A first for this federal party, insisted Mr. Deltell.

No shame in being on the right

Gérard Deltell told Stéphan Bureau that it was sometimes difficult to assert oneself as a conservative activist in a country that he does not is not, but that there was no shame in defending these ideas of right or center-right.

Yasmine Abdelfadel, who believes that the current conservatives do not respect the thinking of traditional conservatism, neither provincially nor federally, was disappointed with Mr. Deltell's answers. “For me, the party line should never go beyond loyalty to one's own beliefs, to one's own allies. […] Gérald Deltell has accustomed us to speaking frankly, to standing up when he believes in something. Unfortunately this week, he did not convince me, he disappointed me,” she said.

Guy Nantel, for his part, was empathetic about Gérard Deltell on Friday evening , insisting the party was grappling with a split. “This party has gone to the extreme when it no longer has anything to do with the economic right that it was. We are not in the conservatism that we have already seen with Brian Mulroney. This party risks breaking up and giving life to a new party,” he believes.

To see the full interview, watch the video above.