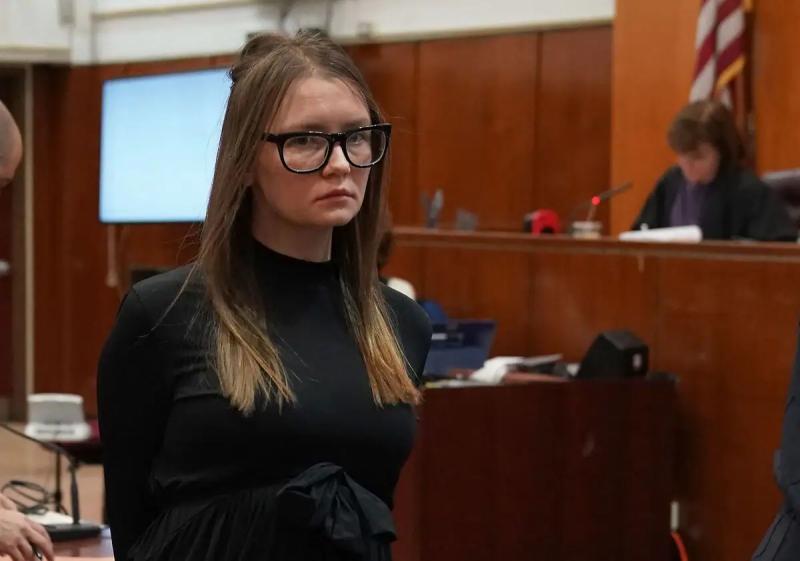 Russian-German fake millionaire Anna “Delvey” Sorokin, fresh out of years in New York prison after cheating on top finance executives, said this weekend she would fight so as not to be deported to Germany and remain in the American megalopolis.

This 30-year-old with an incredible life, who inspired a fiction series on Netflix and is a social media phenomenon, was released on bail Friday evening and placed under house arrest with an electronic bracelet in a Manhattan apartment.

Anne Sorokin had been detained for a year and a half in a Federal Immigration Police (ICE) detention center, 100 kilometers north of New York, for overstaying her tourist visa.

She was arrested in 2017, convicted two years later of fraud and imprisoned in a New York prison from which she was released in 2021 for good behavior, before being immediately re-arrested by ICE. Free under conditions, she has been under a deportation order to Germany since February, against which she has repeatedly appealed.

Long interviewed on Saturday by the New York Times, at her home in Manhattan , Anna Sorokin said she refused to be sent back to Germany by the immigration authorities.

“Letting them deport me would have sounded like a sign of capitulation, confirmation that I was perceived as a frivolous person who only thinks of obscene wealth, which is simply not the reality”, assured the young woman.

“I could have left, but I chose not to because I am trying to make up for my mistakes. I have such a history in New York that I feel like if I was in Europe I would be running from something,” she insisted.

Anna Sorokin, alias Anna “Delvey”, had succeeded from 2016 to 2017 in deceiving financial elites and New York celebrities by posing as a wealthy German heiress at the head of a fictitious patrimony of 60 million dollars.

Capable of constructing skilful lies thanks to an extraordinary poise, the young woman — recognizable thanks to her large designer glasses — had obtained tens of thousands of dollars in bank loans, traveled for free in private jet and lived on the hooks of Manhattan palaces. A slate of 275,000 dollars.

A German national, born Russian near Moscow, Anna Sorokin is the daughter of a truck driver and a shopkeeper who emigrated to Germany in 2007. She frequents the in London and Paris before landing in New York in 2013 for Fashion Week.