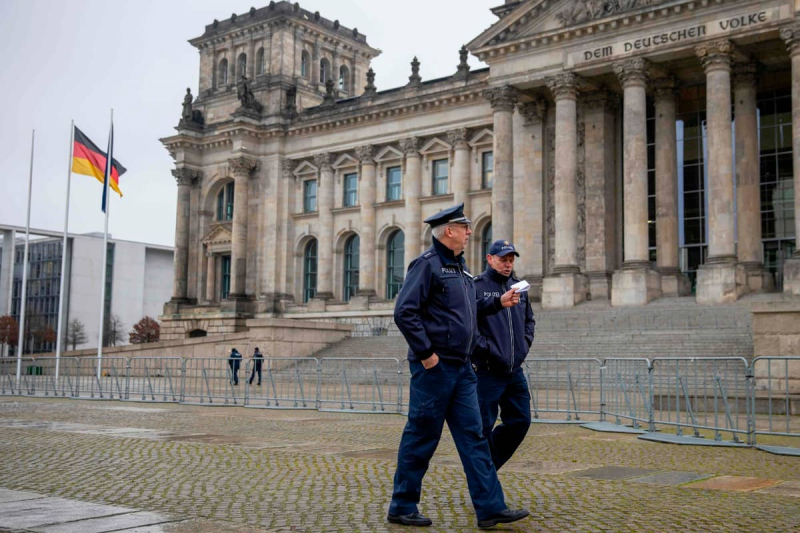 A vast operation by the German police within far-right and conspiratorial groups led on Wednesday morning to the dismantling of a cell planning attacks, which targeted in particular the Bundestag, the lower house of Parliament , said the prosecution.

The crackdown led to the arrest throughout the country of 25 people belonging to the movement of the “Citizens of the Reich” (Reichsbürger). In particular, they are suspected of “having made concrete preparations to violently enter the German Bundestag with a small armed group,” prosecutors said in a statement.

“We suspect that an armed attack on constitutional bodies was planned”, commented the Minister of Justice Marco Buschmann in a message on Twitter referring to “a large anti-terrorist operation”.

Some 3,000 members of the police have been mobilized across Germany and more than 130 searches have been carried out.

In addition to the 25 arrests, 27 other people are under investigation and suspected of 'belonging to the criminal cell, according to the prosecution.

“The continuation of the investigation will determine whether there are elements of the crime of preparing an enterprise of high treason against the State”, add the prosecutors.

Founded “by the end of 2021 at the latest”, the cell “aims to overcome the existing state order in Germany and replace it with a form of its own state”, a project that can only be realized “through the use of military means and violence against state officials”, according to the communiqué of the Karlruhe public prosecutor's office, in charge of cases concerning state security.

Its members are “united by a deep rejection of state institutions and of the liberal and democratic basic order of the Federal Republic of Germany, which over time grew in them the decision to participate in their violent elimination and to embark on in concrete preparatory acts for this purpose”, decipher the prosecutors.

The German authorities have ranked far-right violence in recent years as the first threat to public order, ahead of the jihadist risk .

In the spring, the German authorities had dismantled a large far-right upuscule, suspected of having planned attacks in the country in addition to the kidnapping of the Minister of Health.