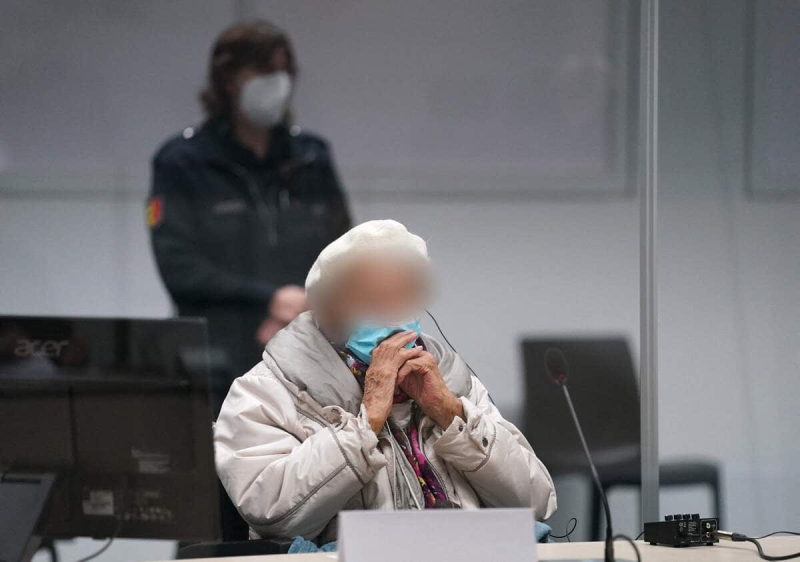 A 97-year-old former concentration camp secretary has expressed regret, speaking out for the first time on the charges against her at her trial, one of the last in the Nazi era in Germany.

“I'm sorry for everything that happened. I regret having been to Stuffhof at that time. That's all I can say,” said Irmgard Furchner.

These remarks made by the nonagenarian in a wheelchair were confirmed to AFP by her lawyer, Niklas Weber, present at the hearing.

Accused of complicity in murders in more than 11,000 cases at the camp concentration of Stutthof, in present-day Poland, she has been on trial since September 2021 before the Court of Itzehoe, in northern Germany.

His lawyers called for his acquittal on Tuesday. According to them, the evidence gathered does not make it possible to affirm with certainty that the accused knew of the systematic murders committed in the Stutthof camp.

On November 22, the prosecution had requested a two-year suspended prison sentence for the former secretary. The verdict is expected in two weeks, on the morning of December 20, according to a court statement.

The trial had started in an incredible way last September when the accused had fled the day of the opening of the hearings. The nonagenarian had not appeared in court, but had left her accommodation in a home for the elderly in a taxi. She was found after a few hours.

Aged 18 to 19 at the time, Ms. Furchner, who worked as a typist and secretary to the camp commandant, Paul Werner Hoppe, had a position of “essential significance” in the inhuman system of the camp, prosecutor Maxi Wantzen said in her submissions on November 22.

In Stutthof, a camp near the city of Gdansk (Dantzig at the time) where around 65,000 people perished, “Jewish prisoners, Polish partisans and Soviet prisoners of war” were systematically murdered, according to historians.

Seventy-seven years after the end of the Second World War, Germany continues to search for former Nazi criminals still alive, illustrating the increased severity, albeit considered very late by the victims, of its justice.

Very few women involved in Nazi horrors have been prosecuted since the end of the war.

The case law of the 2011 conviction of John Demjanjuk, a camp guard of Sobibor in 1943, to five years in prison, now makes it possible to prosecute for complicity in tens of thousands of assassinations any auxiliary of a concentration camp, from the guard to the accountant.

En last June, a former guard of the Sachsenhausen concentration camp (north of Berlin), 101 years old, had been sentenced to five years in prison.