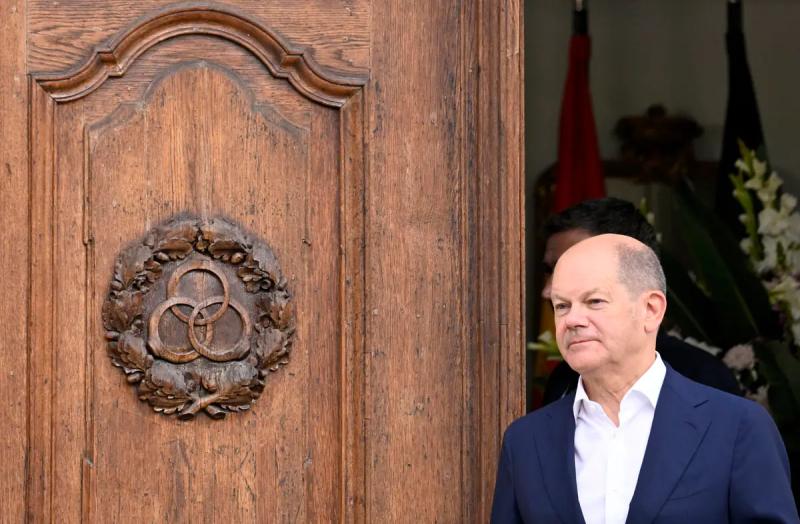 Germany now finds itself “in a much better position” to deal with “threats” from Russia, including the gas crisis sparked by Moscow in the wake of its invasion of Ukraine, said Chancellor Olaf Scholz on Tuesday.

The statement comes as giant Gazprom prepares to halt its gas deliveries via the Nord Stream pipeline for three days on Wednesday due to “maintenance”.

All measures taken by the Germany to guarantee its supply have “contributed to the fact that we are today in a much better situation than envisaged a few months ago”, judged the chief executive in front of the press, before the start of a government seminary in Meseberg, near Berlin.

“And we can deal with the threats we face, from Russia, for example, which is using gas as part of its own strategy in the war against Ukraine,” Scholz said.

Germany is heavily dependent on Russian gas and has seen its deliveries drop sharply since the start of the war in Ukraine on February 24.

Gas flows have fallen to 20% of the main Nord Stream pipeline's capacity, with the European Union accusing Moscow of using the energy as a 'weapon' in the conflict.

Faced with the risks of shortage, Berlin therefore set a series of targets in July for gas stocks to reach 95% by November 1, before the onset of winter.

To do this, the government has adopted a series of resource-saving measures, including increased use of coal, reduced consumption of public buildings and incentives for businesses.

Berlin has also released an exceptional envelope of 1.5 billion euros to buy liquefied natural gas (LNG) in order to ensure its supply, from Qatar and the United States, in particular.

On Sunday, the Minister of Economy Robert Habeck announced that gas reserves were filling up “faster than expected” in Germany despite drastic cuts in Russian deliveries.

The goal of storage set by the government for October, at 85%, “should be reached from the beginning of September”, had detailed his ministry.